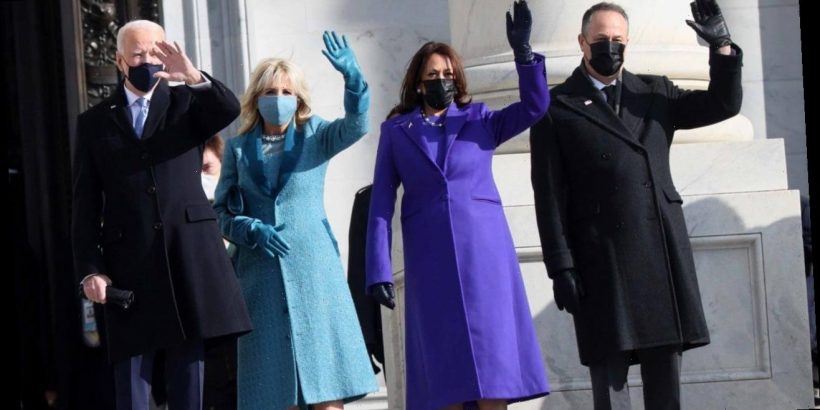 A few celebrities and politicians are in Washington, D.C., to celebrate Joe Biden being sworn in as the 46th president of the United States on Wednesday.

During the inauguration of Biden and Vice President Kamala Harris, TV viewers got a glimpse of some of the A-listers in attendance. For his big day, Biden was dressed in a dapper Ralph Lauren suit while Dr. Jill Biden turned heads in an ocean blue Markarian dress and overcoat. As for Harris, she looked stunning alongside her husband, Doug Emhoff, in a look by young black designer Christopher John Rogers. 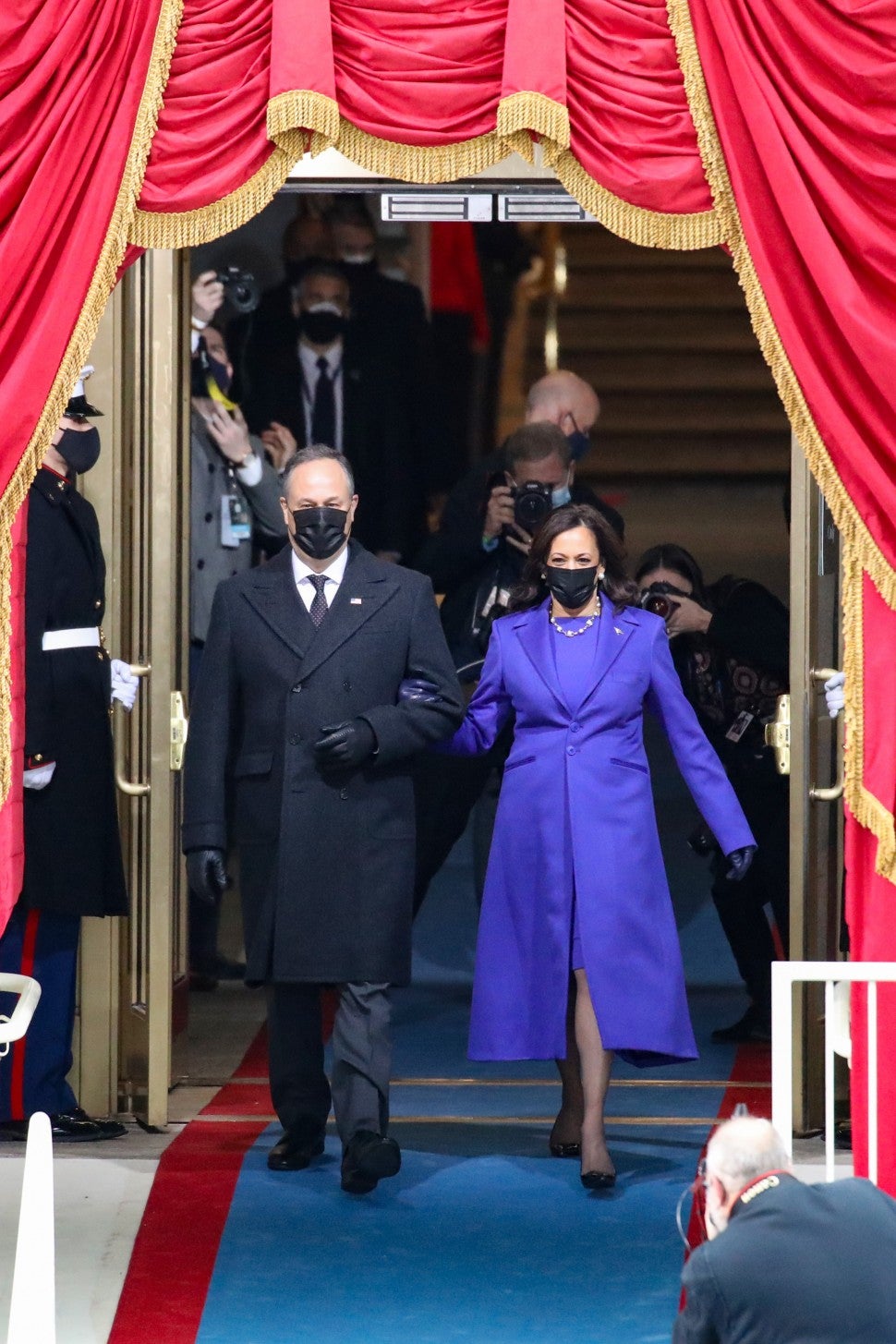 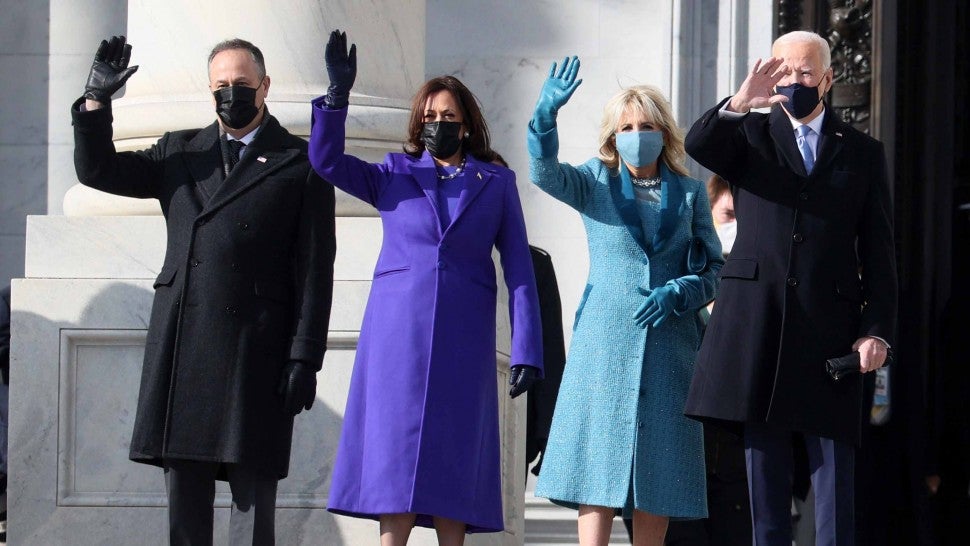 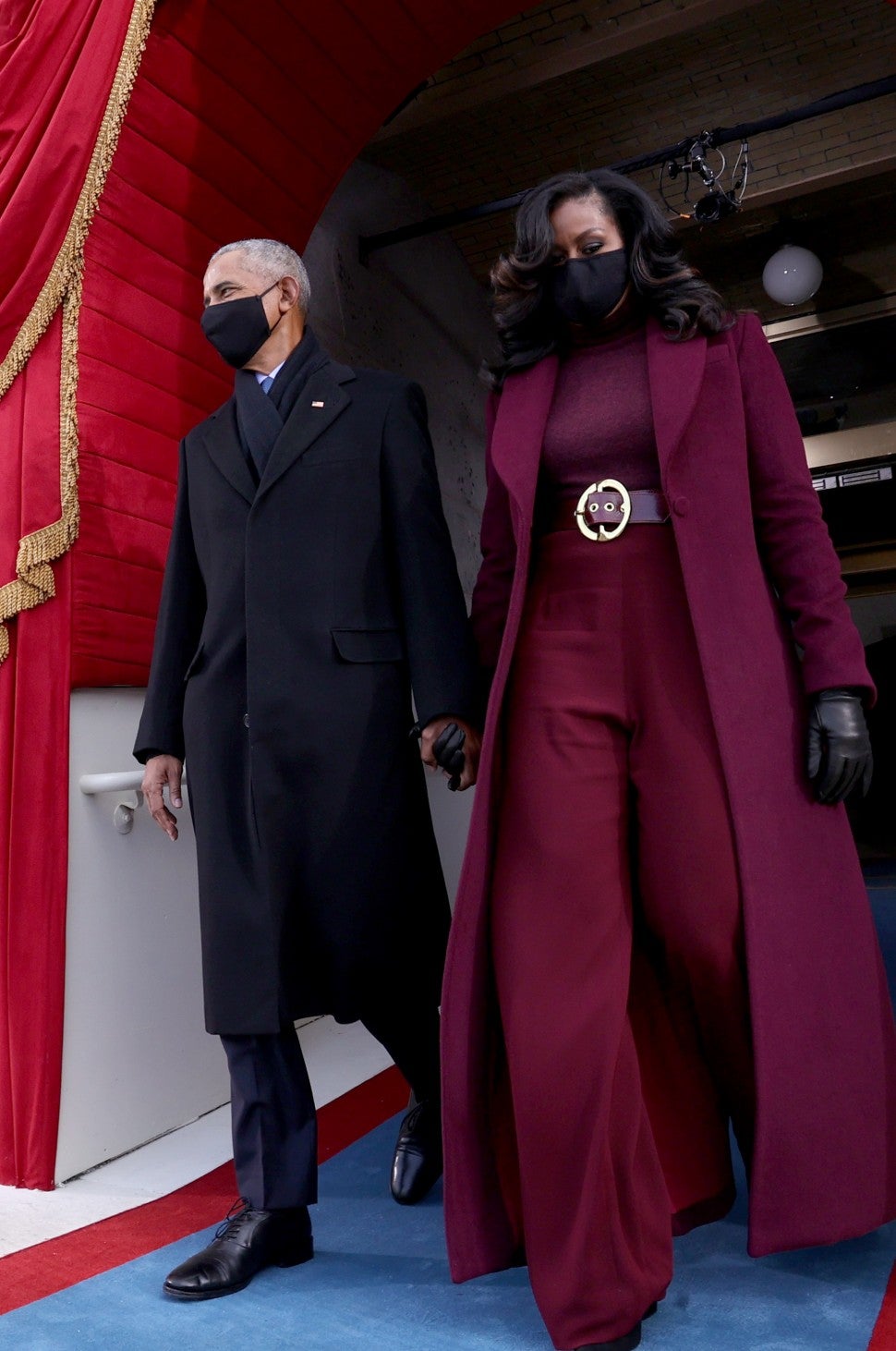 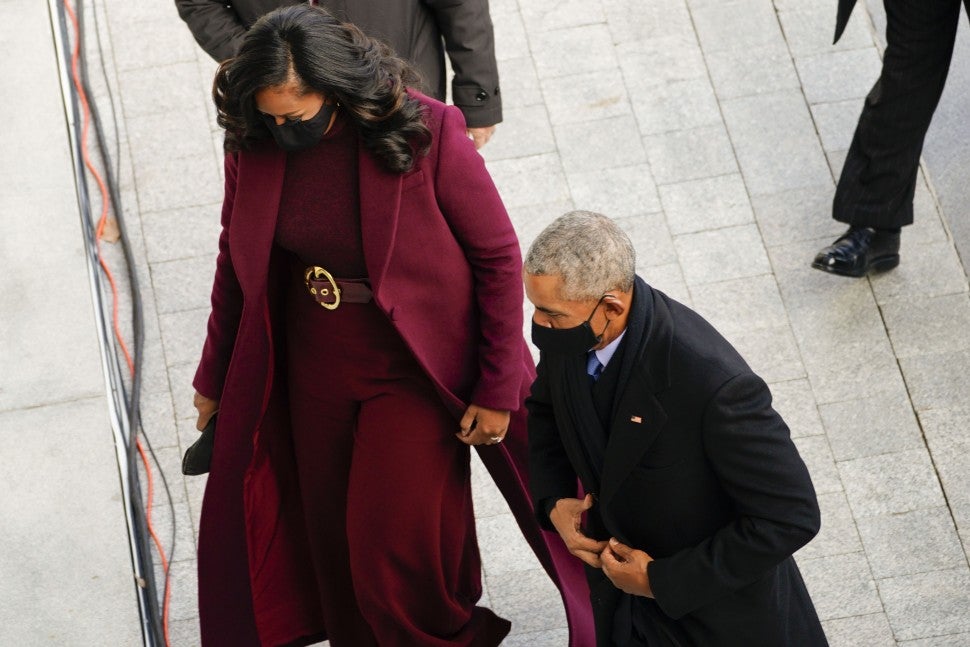 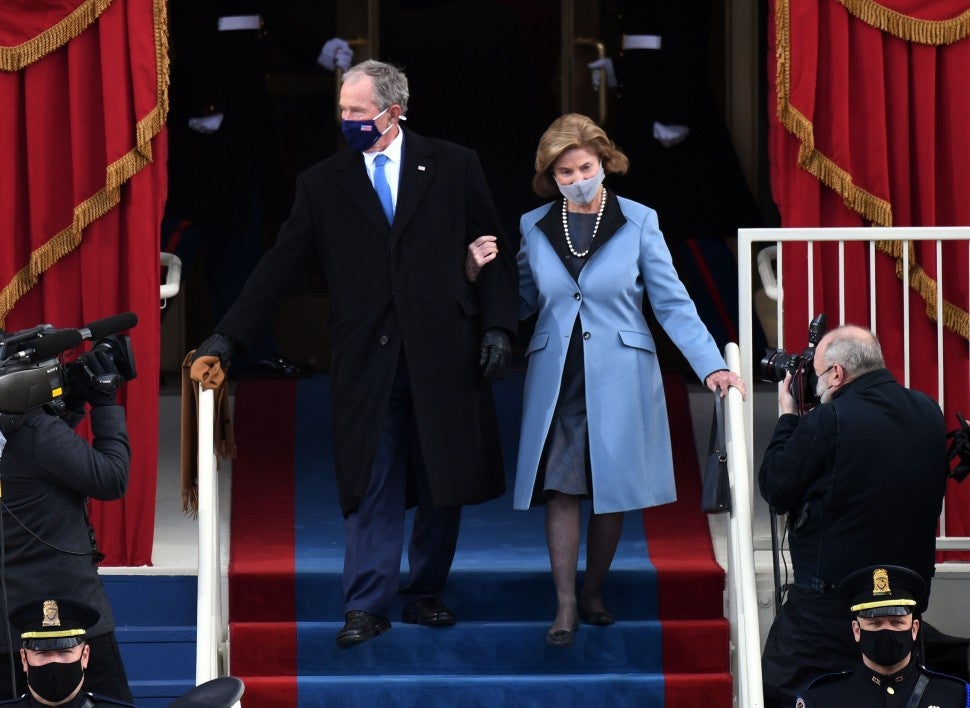 Lady Gaga, who performed the national anthem at the swearing-in ceremony, was one of the first to arrive, rocking a white button-up jacket with a matching mask and Giuseppe Zanotti lace-up boots. She completed the look with a braided updo. She later changed for her performance. 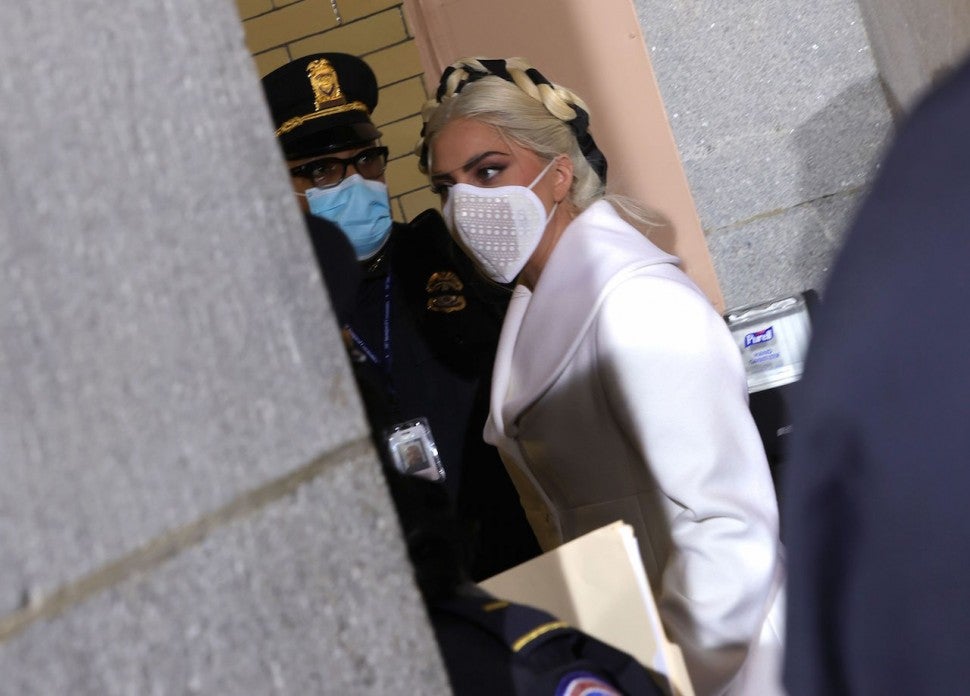 Alex Rodriguez also dressed to impress in a sophisticated striped suit with a black tie, black mask and sunglasses. His fiancee, Jennifer Lopez, was also a performer at the ceremony. 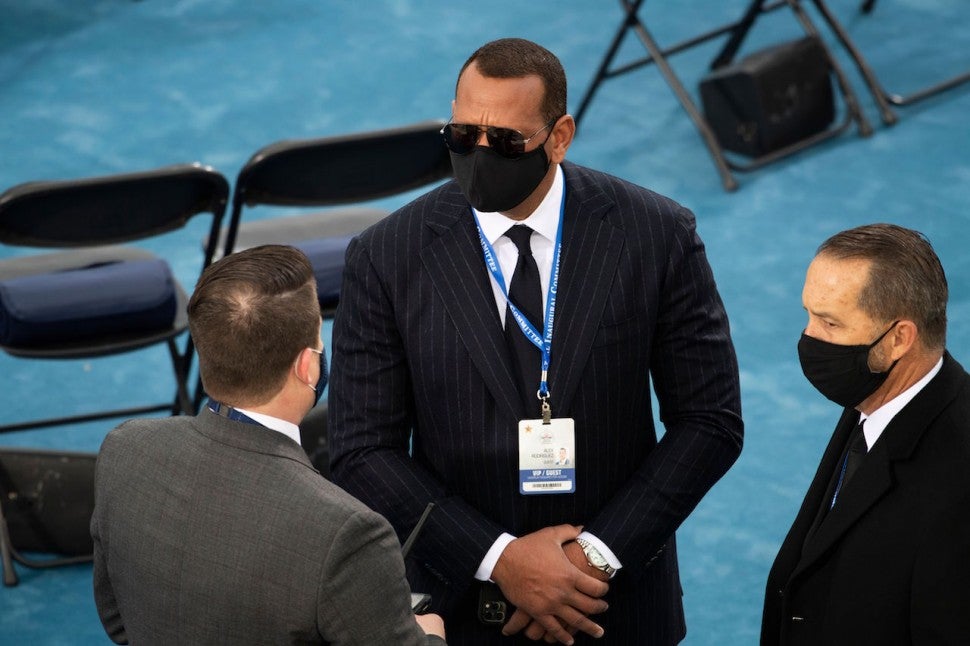 In addition to Lopez and Gaga, Garth Brooks is performing at the swearing-in ceremony.