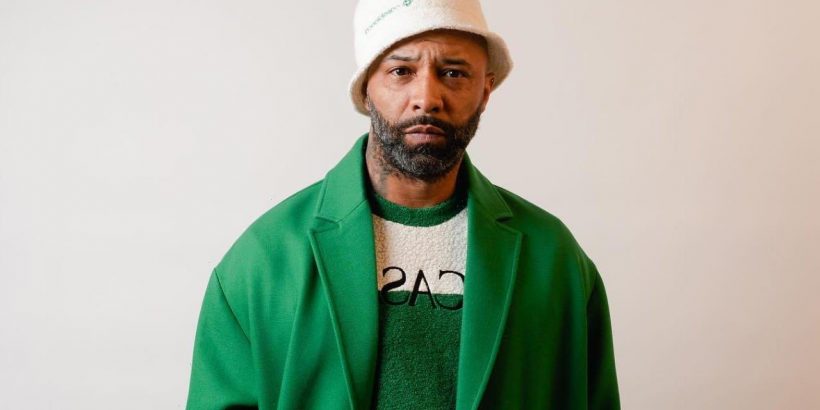 After receiving backlash for admitting to ‘fake’ putting on condoms in an episode of his podcast show, the former rapper has broken his silence on the criticism.

AceShowbiz –Joe Budden made headlines for the wrong reasons. After receiving backlash for admitting to “fake” putting on condoms in an episode of his show, he had broken his silence on the criticism.

After the clip of the episode was reposted on The Shade Room’s Instagram page, people quickly called him out for his behavior. Some people even labeled it as sexual assault and rape. Joe caught wind of the backlash and responded, “Y’all really want all Black men in jail, lol.”

His comment further earned him criticism from Internet users as he appeared to be not taking accountability for his action. “Joe Budden has ADMITTED to physical, emotional, and sexual abuse, and yet he still has a huge platform,” one user slammed Joe.

Another person said, “Let’s be clear: fake putting on a condom during sex is called ghosting, and it instantly turns a consensual act into a rape. That’s for you, Joe Budden!”

“It’s n***as saying Joe Budden’s pretending to put on a condom ‘joke’ wasn’t that bad. Of course it means nothing to u becuz no one is disrespecting ur body or taking away ur right to choose. No one is asking u to open up and share an intimate moment with them, then deceiving u,” another comment read.

A Twitter user wanted him to be jailed as writing, “Joe Budden is a rapist, he beats women, he beat a baby out of Esther Baxter, multiple exes have come forward with allegations of abuse, like when is enough enough? Get him tf ASAP.”

In the said episode, Joe told his friend, “Even I done walked in the corner and faked like I was putting a condom on before.” The former rapper later burst out into laughter and said that he “1,000 percent” did that.

Not stopping there, Joe also revealed that he used to bust through condoms intentionally. When his friend called him “sicko,” he said that he used to be one but does not want to be misrepresented in the present time.