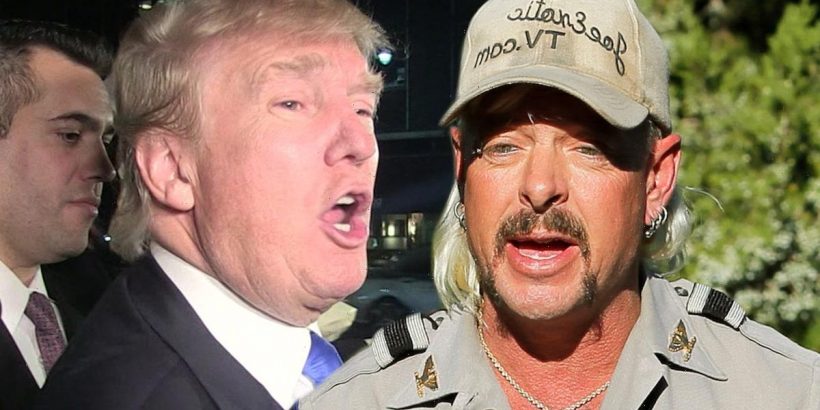 Joe Exotic‘s lack of being guilty and abundance of being gay is why he didn’t get a pardon from Trump … according to the ‘Tiger King’ star himself.

The disgraced former zoo owner’s not taking his presidential pardon snub very well, and says … “I was too innocent and too GAY to deserve a Pardon from Trump.” 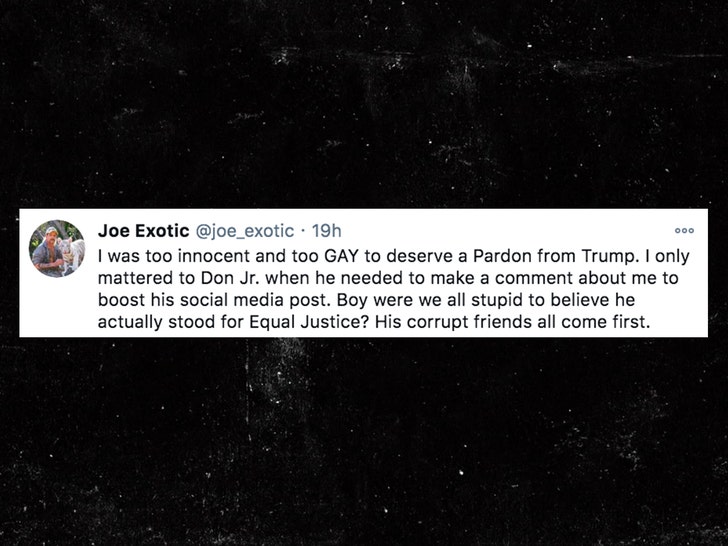 Joe adds that he thinks he only got some pardon attention initially from Don Jr. because Trump’s son “needed to make a comment about me to boost his social media post.”

He also threw some extra shade at the former Prez, saying … “Boy were we all stupid to believe he actually stood for Equal Justice? His corrupt friends all come first.”

As we’ve told you … Joe’s legal team was confident all the hard work they put in would lead to a pardon. They even had a stretch limo waiting for Exotic to go pick him up from prison once they got word Trump had freed him.

Unfortunately for Joe … it never happened. Trump pardoned 73 people and commuted the sentences of 70 others, but not him. Team Tiger told us they were very disappointed, but added that they “will never leave Joe’s side and will continue to work until his freedom is gained.”

We spoke to Joe’s nemesis, Carole Baskin, who came out as bisexual in October … she says Joe’s latest statements are, “Just further evidence that he has no remorse for all the harm he’s caused to exotic cats and the people in his life.”

Better start working on a pitch to President Biden.