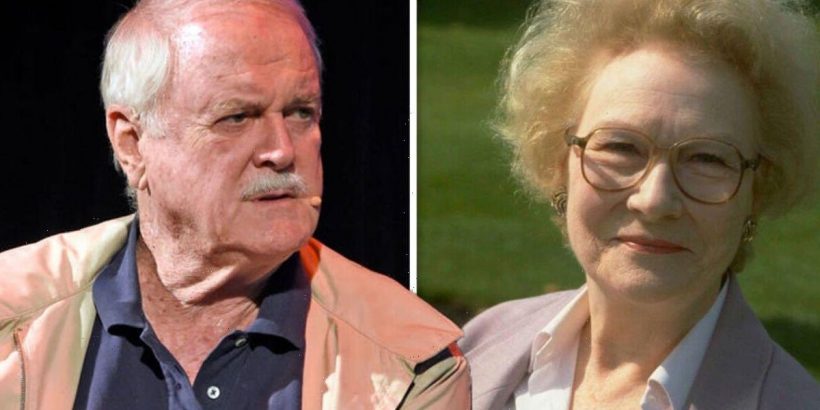 John Cleese criticises being 'censored' by the BBC

It comes after a Fawlty Towers fan recalled a memorable line from an episode of the BBC sitcom.

Twitter user, Chris Python penned: “‘Is this a piece of your brain?'”

The social media user quoted the infamous line from Basil Fawlty (played by John Cleese) who questioned Mrs Richards after she knocked her head on a shelf during the episode.

John retweeted the post, and sweetly penned: “So many of my dearest Fawlty Towers actors were remembered this week…

“Andrew, Brian, and now Joan Sanderson… She was one of the most likeable actors I met.

“She looked so formidable but was just warm and funny.

“I was ecstatic when she played my wife in the Great Muppet Cape.”

Paul remarked: “She was fabulous as Mrs. Richards. She just gave us such a great vibe about being a crusty old female. I saw some of the outtakes, and she really seemed to enjoy herself on the set.”

Beth recalled: “Noooooooooo! Absolute classic episode with Joan in. ‘What were you expecting, the hanging gardens of Babylon’? She was wonderful.”

Rebecca gushed: “Thank you for creating it and thank you to the brilliant cast and crew who made it come to life.

“Even young people like myself enjoy it. I’m sure it will live on for generations.”

Fawlty Towers is considered one of the greatest British sitcoms and was first broadcast on the BBC in 1975 followed by season two in 1979.

The premise of the award-winning show is relatively simple, centering on the goings-on of a fictional hotel in the seaside town of Torquay, with the various events that befall its eccentric staff and guests.