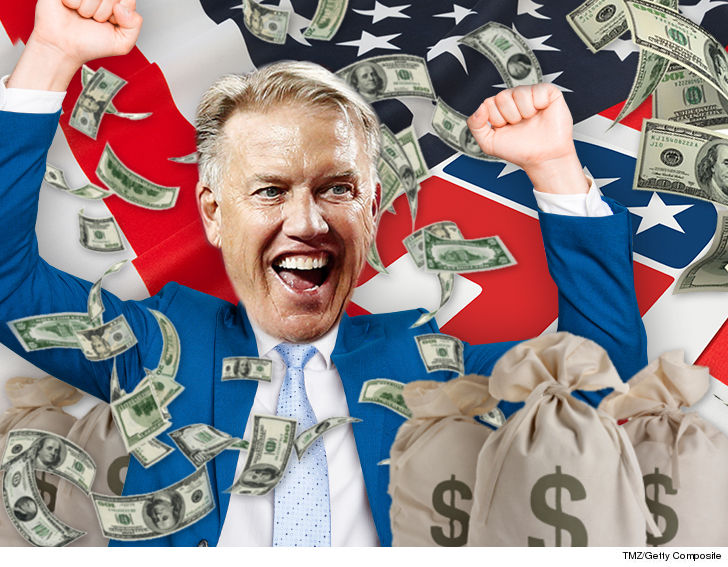 John Elway ﻿is donating tons of money to Republicans running in next month’s midterm elections … TMZ has learned.

We combed through 2018 Federal Election Commission filings to see which A-listers were bucking up for the GOP, and John is leading the pack by a few football fields — spending over $27,000.

The Denver Broncos honcho and Hall of Fame QB gave $14,825 to Walker Stapleton in his bid for Colorado governor, plus another $10,000 to the state’s Republican committee.

Those donations are on top of the $2,700 John donated to Rep. Mike Coffman, who represents parts of suburban Denver. Only one of Elway’s donations went beyond his backyard: $250 to Georgia Rep. Karen Handel.

It’s interesting … the FEC has no record of donations in 2018 from some very public GOP supporters like Kanye West, Kid Rock, Clint Eastwood and Roseanne Barr.

As we told you … Eva Longoria‘s leading celebs on the other side of the aisle in donations to Dems with just over $40k.