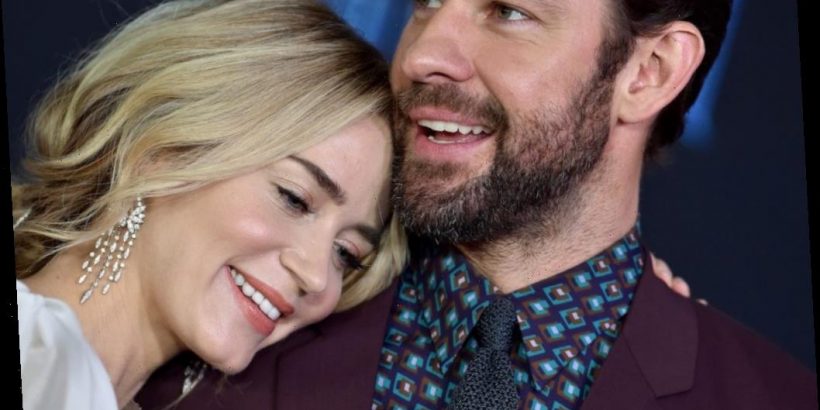 John Krasinski and Emily Blunt have been happily married since 2010. The two met only about two years after Krasinski began starring in The Office, and they’ve since made several movies together. Though the love is strong, Krasinski once admitted there is one type gift he’s tried to give Blunt that he just can’t seem to get right.

Krasinski never had plans to become an actor. He’d been in college, pursuing a degree to become an English teacher, when he opted to attend theater school as a way of earning some easy credits. However, the experience changed his life, and he realized he wanted to become an actor. Krasinski moved to New York, where he eventually landed the role of Jim Halpert in The Office.

After the NBC sitcom took off, Krasinski became more well-known. He befriended other celebrities, and he was out to dinner with pal Justin Theroux when he saw Emily Blunt from afar. Krasinski knew the other woman Blunt was out with, and he went over to speak to them. That interaction led to Krasinski and Blunt’s first date, and Krasinski fell for her quickly.

Only about nine months after they started dating, Krasinski proposed. The two were married in 2010.

The couple has been together for a dozen years, but that doesn’t mean Krasinski isn’t still trying to learn more about his wife each day — especially when it comes to her preferred taste in jewelry. While appearing on The Ellen DeGeneres Show back in 2018, DeGeneres asked Krasinski about the “worst gift” he’s ever given his wife. And, surprisingly, Krasinski can’t seem to understand his wife’s taste in jewelry.

“Weirdly, jewelry I’m a big miss,” Krasinski told DeGeneres. “Big miss on everything … I’ve tried maybe six or seven times.” Krasinski said he “thought” he’d have learned his wife’s jewelry preferences by now, but he jokes that Blunt always asks for the gift receipt upon opening the box.

“That’s sad,” DeGeneres said to Krasinski’s story. “Well, it’s expensive, is what it is,” he joked, saying that she returns the gift, but he doesn’t get the money back. We’re assuming she picks out something else she loves, though, right?

Krasinski feels lucky that Blunt stayed with him after the couple’s first date. In a 2012 interview with Conan O’Brien, Krasinski said he never thought he’d end up with Blunt. “On our first date, I decided, ‘I’m gonna really hit the gas and bring her to a gun range,’” Krasinski said. “I think that I was so sure that I would never end up with her … that I was like, ‘You know what, I’m gonna blow it right away and then that way you don’t feel bad.’”

Surprisingly, though, things went well for the couple, and Blunt stuck around for a second date — and many more after that. Krasinski proposed to Blunt nine months after their first date, in August 2009. The two were married in 2010 and share two daughters.