While their dance may have looked totally natural, John Travolta actually had no idea that he’d be entertaining a British princess at the White House on November 9, 1985.

This week, the Grease actor told Yahoo Entertainment, “I didn’t know until I got there that I was supposed to dance with her.” He continued, “[Princess Diana] kept that a secret when she met me. She didn’t know that Nancy Reagan hadn’t told me yet that this was the plan—that I was the Prince Charming of the evening.”

And Prince Charming he was. Photos show Travolta whisking Diana around the dance floor, her gorgeous Victor Edelstein gown sweeping the room. The iconic dress is set to fetch around $450,000 at the Kerry Taylor Auctions event, Passion for Fashion, on December 9.

Despite being a successful Hollywood actor, Travolta was nervous about their high-profile dance moment. He revealed, “I was awestruck with her… She led the way, and I thought, ‘Well, that’s not going to happen! I’ve got to go back to my school days of learning ballroom dancing and show that I can lead her.'” 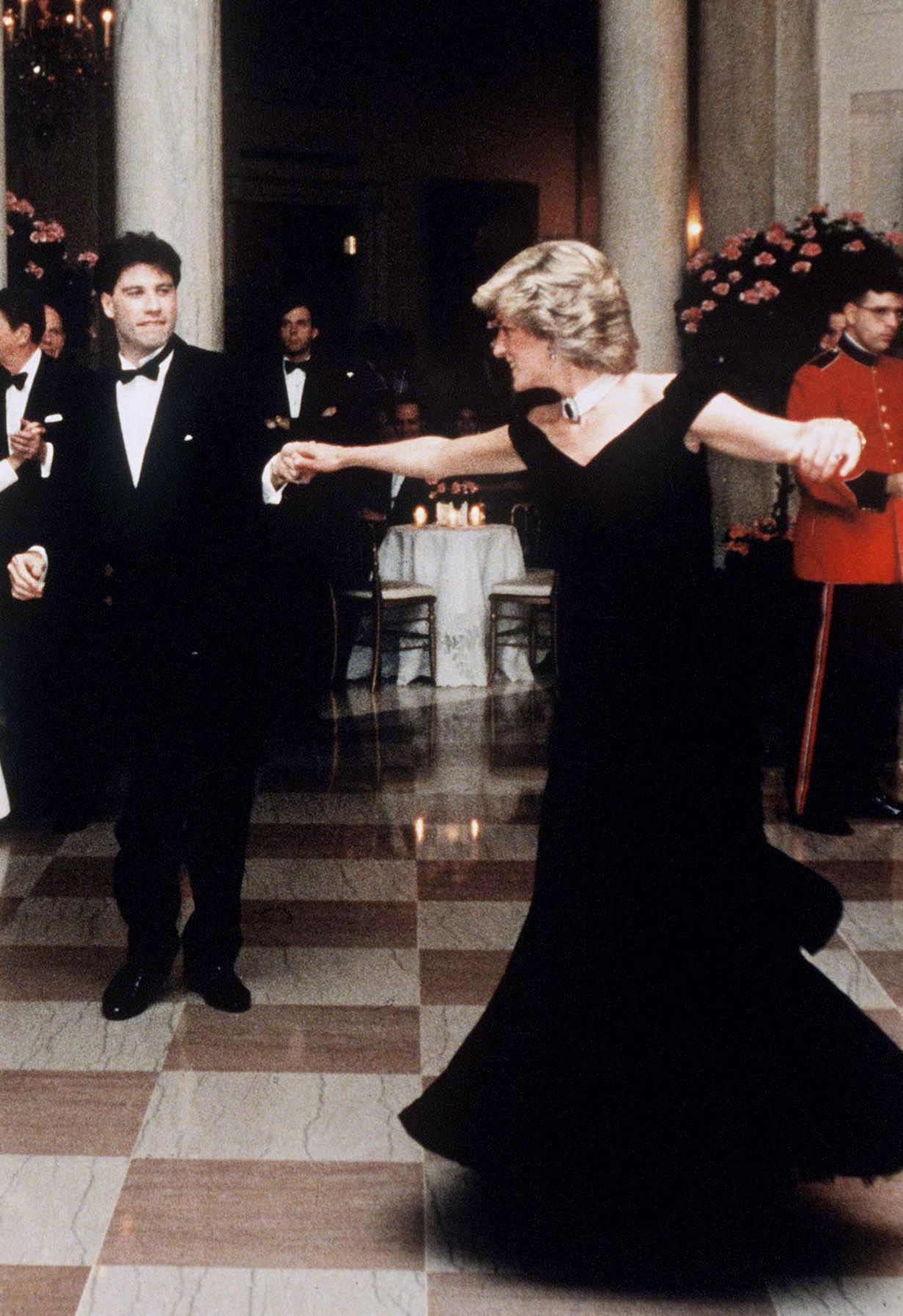 As for Diana’s perfect gown, Travolta said, “It fit her beautifully… I could probably sketch it in my mind because it was so specific.”

Travolta previously called his dance with Diana, “one of the highlights of my life.”