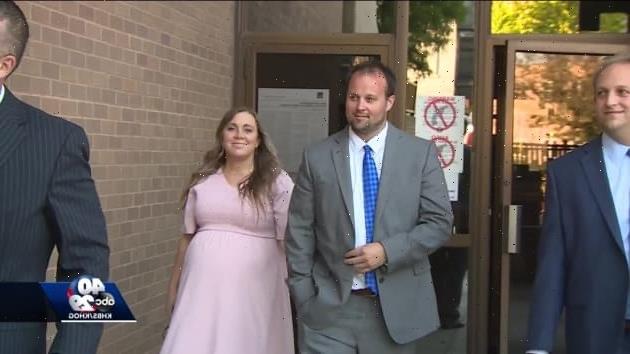 After months of delays, the Josh Duggar child pornography trial is now underway in Fayetteville, Arkansas.

If you’re a regular visitor to The Hollywood Gossip, then you may know that we’ve been covering this story extensively since the time that Josh’s workplace was raided by federal agents back in 2019.

As the trial progresses we will continue to provide you with the most accurate and detailed information available, but we feel obligated to do so with a word of warning:

The allegations against Josh are, in the words of one investigator, “the worst of the worst,” and some readers may find the specifics that have emerged in the first days of testimony to be unbearably disturbing.

The prosecution delivered its opening statement today, and not surprisingly, the remarks focused on the appalling nature of Josh’s alleged crimes, as well as the importance of imprisoning the 33-year-old, so as to prevent him from claiming more victims.

“You’re going to see images of children, some as young as seven. These children are being sexually assaulted, violated, and exploited,” the prosecutor is quoted as saying in court transcripts.

“We ask that you hold him accountable,”

At a pre-trial evidentiary hearing held earlier this week, Judge Timothy L. Brooks ruled that Josh’s previous sex crimes can be used against him in court.

Four of the victims were Josh’s sisters, and the fifth was a babysitter hired by his parents.

The defense lobbied the judge to bar any discussion of Josh’s earlier sex crimes, but in a decision revealed today, the judge ruled in favor of the DA’s office.

“For the reasons stated, the Court finds the evidence the Government seeks to introduce under Rule 414 is both relevant and admissible. Further, the Court finds that the admission of this evidence at trial will not violate Rule 403,” the court papers dated and signed by the judge on Dec. 1 state.

At the evidentiary hearing, Josh’s father Jim Bob Duggar was forced to testify.

He was combative with the judge and claimed not to remember the molestation incidents, but he will likely be called again, this time so that he can offer his side of the story in front of the jury.

Also called to the stand on Monday was a former Duggar family friend named Bobbye Holt.

It was Holt who implored Jim Bob and Michelle Duggar to contact local police after she learned that Josh had molested his sisters.

In court this week, Holt offered shocking testimony about the abuse endured by the girls, who referred to as Jane Does one through four.

Joy-Anna Duggar, the youngest of Josh’s victims, was barely five years old at the time of the attack.

Josh was in his teens.

“[Josh] explained that Jane Doe four was sitting on his lap during Bible time and he touched her inappropriately,” Holt explained to the court.

“He said it happened that day. On that date, he told us that he touched her vaginal area.”

It was also revealed today that Josh’s sister Jill Duggar and his brother Jedediah Duggar are also on the list to testify this week.

It is not clear if they will be testifying for the defense or the prosecution.

It’s been widely assumed that both Jill and Jedediah will testify for the defense.

One witness has already been called by the prosecution: Amber Kalmer, a detective in the Little Rock Police Department FBI Task Force Internet Crimes Against Children department.

Detective Kalmer explained to the jury how she was able to connected an IP address in Springdale, Arkansas with downloading images of child sexual abuse.

That IP address was later revealed to belong to a device that was being used in the office of a car dealership owned by Josh.

Despite all appearances to the contrary, the defense claims the devices that were seized by federal agents did not belong to Josh.

We’ll have further updates on this developing story as more information becomes available.