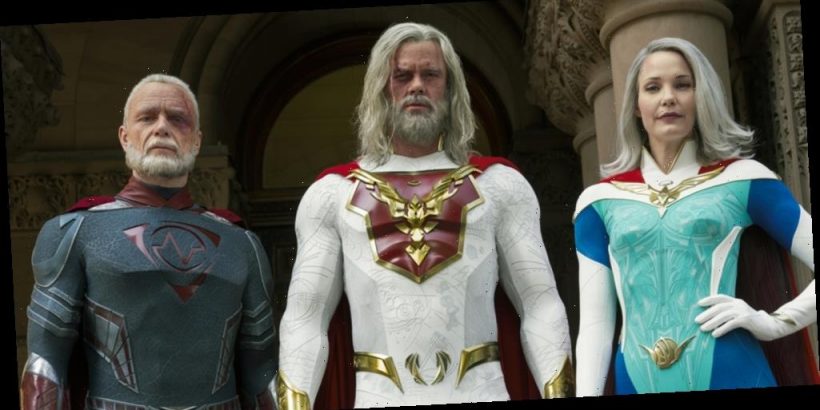 Josh Duhamel looks nothing like himself with white hair and a long beard in this promo shot from his new Netflix show, Jupiter’s Legacy.

Here’s a summary of the upcoming fantasy series: After nearly a century of keeping mankind safe, the world’s first generation of superheroes must look to their children to continue the legacy. But tensions rise as the young superheroes, hungry to prove their worth, struggle to live up to their parents’ legendary public reputations — and exacting personal standards.

Based on the graphic novels by Mark Millar and Frank Quitely, Jupiter’s Legacy is an epic superhero drama that spans decades and navigates the complex dynamics of family, power, and loyalty.

“After almost a century of superheroes just maintaining the status quo the smart ones start wondering what happens if they break the rules the older heroes have held onto their entire lives,” creator Mark Millar shared with EW. “What happens if they step out of this repetitive cycle? This is our starting point and it just goes nuts from here.”

He added, “Imagine The Incredibles, but the kids were a nightmare.” But, can you blame them, when their dad’s stature as The Utopian looms over their heads? “We’re cutting back and forth between this naive optimism of a guy [Sheldon] who utterly believes he’s going to save America by finding this island that doesn’t exist and this man [in the present] who ultimately knows he’s failed,” Millar adds. “He’s failed the country, he’s failed the world, and he’s failed his own family because the kids have ended up a mess.”

Jupiter’s Legacy will premiere on May 7.