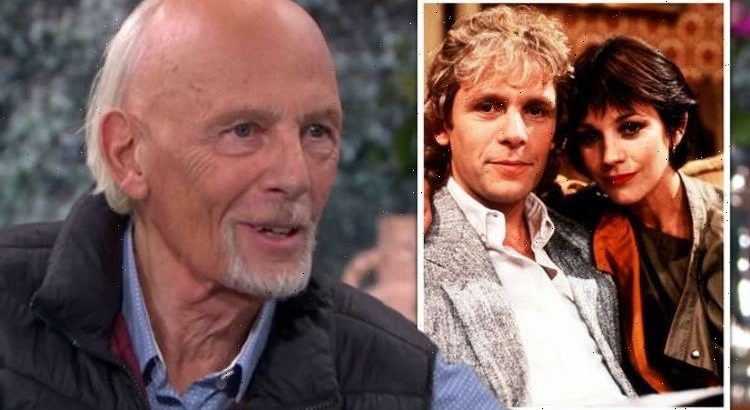 This Morning: Paul Nicholas opens up on his decision to start rapping

Singer and actor Paul Nicholas made a rare appearance on television yesterday, 40 years after starring in Just Good Friends. The 76-year-old told This Morning hosts Alison Hammond and Dermot O’Leary that he is releasing a rap song to coincide with a new album release.

Paul became a TV heartthrob when he played Vincent Pinner in the 1980s sitcom alongside Jan Francis as Penny Warrender.

The show, which was written by John Sullivan, the man behind Only Fools and Horses, ran for three seasons and followed the former couple five years after he jilted her at the altar.

Before landing his role on television Nicolas had a pop career and went on to work in musical theatre.

During his stint on ITV on Tuesday, Paul spoke about his upcoming music release Gold, after sharing a clip of his unlikely new rap song.

He said he wanted to release something a bit more current sounding.

“I decided I needed a change of direction,” he told the presenters.

“I’ve got a CD coming out. Three CD’s. Basically one is a pop CD, one is a theatre CD and the other is a romantic CD.

“So rather than come out with an old song, I’ve thought I’d look for something new to do to promote the CD.

“Did you like rapping? Did you enjoy it?” Alison asked.

“I had great fun doing it,” he added.

Fans of the 1980s star were shocked to see Paul on television again after almost four decades since his hit TV show, with many taking to Twitter after failing to recognise him.

Others were delighted by the trip down memory lane.

“Lovely to see Paul Nicholas. I used to watch Just Good Friends as a kid. It was my favourite programme at the time,” said TracyStruggles.

“The first time I saw him was in 1966 when he had a band called Paul Dean and the Soul Savages. (They were all dressed as cavemen, like in The Flintstones!) They were on a UK tour where The Rolling Stones topped the bill!” they went on to recall.