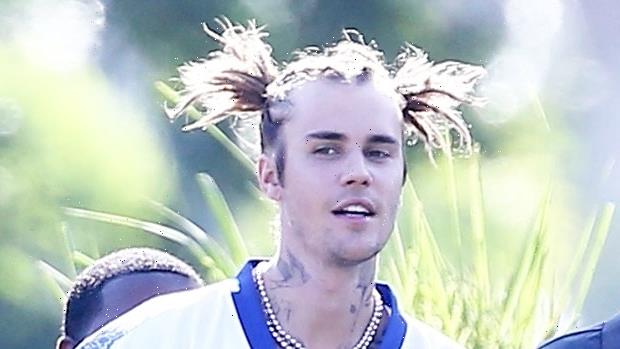 Justin Bieber’s ditched the dreadlocks and gone in a whole new direction with his hair. As in… he doesn’t have any anymore! The singer revealed his buzzed head on Instagram.

And just like that, they’re gone. Justin Bieber decided he was up for a fresh new hairstyle (or just got sick of people dunking on him) and ditched the dreadlocks. The “Peaches” singer, 27, went the drastic route and shaved his entire head, he revealed on Instagram.

The May 23 photo shows him with the sleek new buzzcut while hanging out with wife Hailey Baldwin. on a casual Sunday afternoon. The hair makeover had clearly just happened, as Justin posted tons of photos taken from Kendall Jenner‘s 818 Tequila launch party the night before. And yes, the dreadlocks were still present.

Justin further showed off his new ‘do on his Instagram Stories with a photo of himself running his hand over his fuzzy head. The dreads were controversial from the beginning. Fans were divided when Justin revealed the hairstyle on Instagram while on vacation with Hailey in April. While some thought it suited him, others really questioned the decision. “We love you, but what is that????” one fan commented at the time. 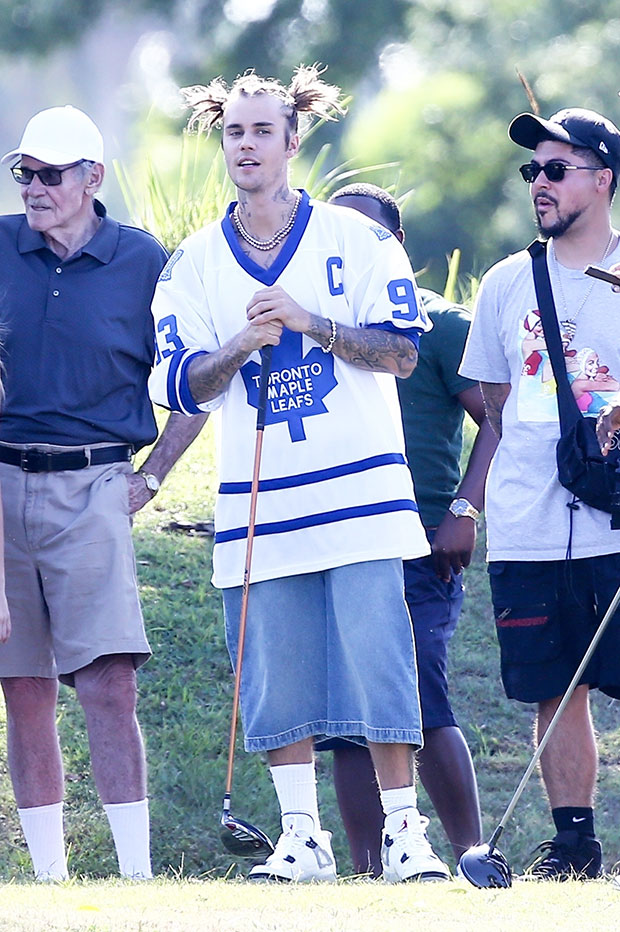 In the weeks since, Justin tried to wear the dreads in different styles, like pigtails, which he rocked on the set of DJ Khaled‘s “Let It Go” music video (his song with Justin and 21 Savage). As you can see above, Justin’s apparently golfing in the music video, completing his outfit with a Toronto Maple Leafs jersey and oversized denim shorts.

Justin also wore the dreads in a bun at one point, while chilling at a resort with Hailey. He rocked the casual hairstyle during the quiet moment, hanging out in a red Balenciaga shirt, basketball shorts, and blue and white Nikes.