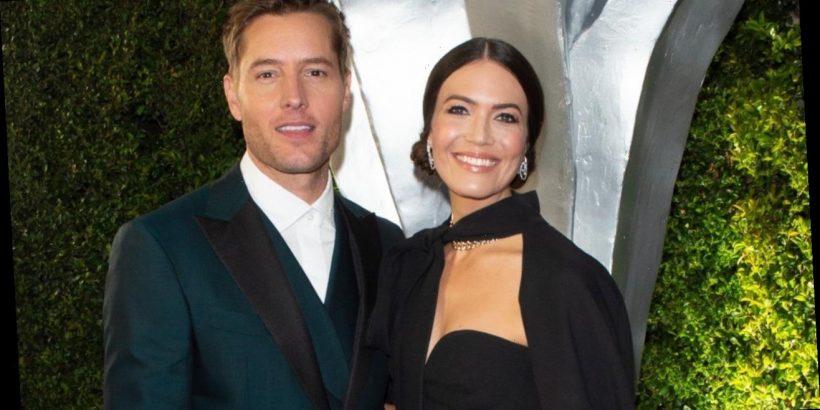 Justin Hartley can’t stop gushing about his on-screen mom, Mandy Moore. Hartley’s This Is Us co-star is currently pregnant with her first child and the little boy is due any day now.

Hartley, who is dad to 16-year-old daughter Isabella with his ex, Lindsay Hartley, tells Kelly Clarkson on Tuesday’s The Kelly Clarkson Show that he hasn’t given Moore any parenting advice just yet.

“If I did have to tell her something, I’d say get your sleep now because when the babies come, you’re not going to sleep much and when you do sleep it will not be the same quality of sleep,” he says of life as a new parent.

Hartley, who has recently filmed with Moore on their beloved NBC family drama, couldn’t help but gush about his co-star.

“It’s unbelievable, this woman, she’s radiant,” he says of Moore. “You would never know she was pregnant. She looks like she could run a marathon.”

This Is Us creator Dan Fogelman previously spoke about how the show was adapting following Moore’s pregnancy announcement.

“From my perspective, I was just happy for Mandy. And so, yeah, we haven’t really adjusted our plan. We’re just going to work Mandy right ‘til go time,” Fogelman said with a chuckle. “Amongst the many challenges of this season of production, that’s not a big one. We are so far ahead in scripts that we can compensate for things as need be.”

Moore is currently in her third trimester, previously sharing that her little one is due in “early 2021.”

In December, she opened up to fans on her Instagram Stories, sharing that she was struggling with unexpected pregnancy symptoms.

“Question for third trimester pregnant friends – is anyone else suddenly nauseous, exhausted, and weepy?” Moore wrote. “What the heck?”

“It’s wonderful news,” he said of Moore’s pregnancy with husband Taylor Goldsmith. “You get excited for that. Mandy and Taylor, her husband, they’re the best people. They’re the kind of folks that should be parents.”