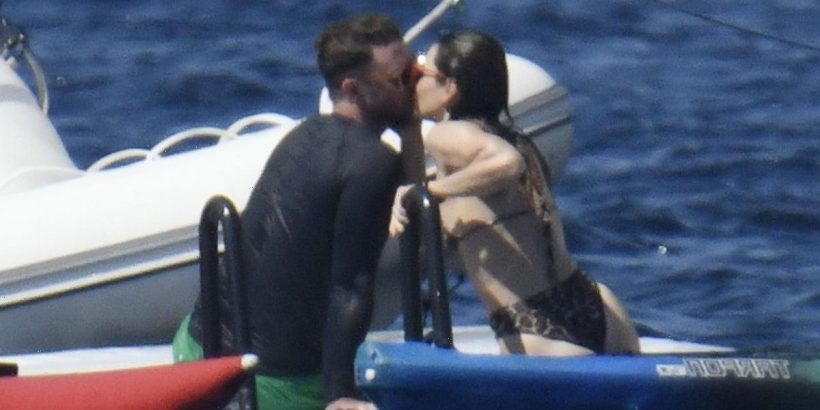 Justin Timberlake and Jessica Biel got a head start on their 10th wedding anniversary this week, taking a romantic getaway trip to Italy. On July 26, the parents of two sons, Silas and Phineas, were spotted boarding a luxury yacht in Porto Cervo. Two days later, Timberlake and Biel were photographed soaking up the sun on the island of Sardinia, where they lounged on a boat and exchanged kisses as they played around in the ocean.

Timberlake and Biel tied the knot on Oct. 19, 2012, in a star-studded wedding ceremony in Fasano, Italy. They said their “I dos” in front of 100 guests, which included famous folks like Jimmy Fallon, Andy Samberg, Timbaland, Questlove, and Beverley Mitchell. The two have a shared love for all things Italian, as their wedding reception had a plethora of Italian dishes. It seems they can’t get enough of the European country either, having previously vacationed there in September 2018, according to People.

The married couple’s PDA-filled vacation comes on the heels of their onscreen appearances in Hulu’s “Candy” series. Biel starred as Candy Montgomery, the show’s lead character, while her husband had a small cameo as a deputy. They both attended the LA “Candy” premiere in May in a rare joint red carpet appearance.

See more of their Italian vacation photos ahead.