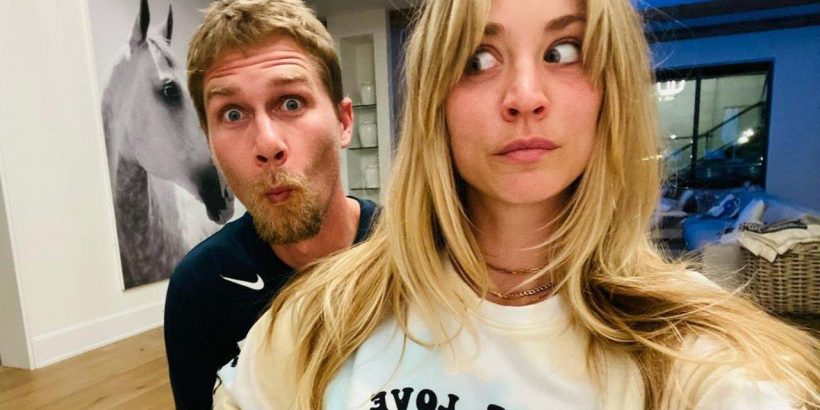 The ‘Big Bang Theory’ alum and the Equestrian announced their split in a joint statement with the the actress filing the divorce papers to the Los Angeles Superior Court on September 3.

AceShowbiz -Alleged details about Kaley Cuoco‘s shocking divorce from husband Karl Cook have arrived online. According to a new report, “The Big Bang Theory” star “is doing fine” after announcing their separation on Friday, September 3.

A source spilled to PEOPLE that the former couple hasn’t “spent that much time together recently.” It is also said that the actress’ career is what led them to the split with the source noting, “She has a big career and puts that first in her life. It’s basically a growing apart and each pursuing separate interests.”

“She has a lot going on in her career now and loves her work,” the insider adds. “Their relationship is just following different paths. A marriage doesn’t work if you rarely see the other one.”

As for Cook, the equestrian is allegedly focused on his career. It’s reported that he spent last winter away from his and Cuoco’s home in L.A. to ride in Florida. “Karl is a lifelong equestrian with a thorough love of horses. His jumping career has picked up recently, and he did well over the summer,” says the source.

Kaley and Karl announced their split in a joint statement over the weekend with “The Flight Attendant” star filing the divorce papers to the Los Angeles Superior Court on Friday. “Despite a deep love and respect for one another, we have realised that our current paths have taken us in opposite directions,” the statement read.

“We have both shared so much of our journey publicly so while we would prefer to keep this aspect of our personal life private, we wanted to be forthcoming in our truth together. There is no anger or animosity, quite the contrary,” it continued.

“We have made this decision together through an immense amount of respect and consideration for one another and request that you do the same in understanding that we will not be sharing any additional details or commenting further,” the statement concluded.