Yeezy has arrived in Washington, D.C. Kanye West had lunch with President Donald Trump and former NFL pro Jim Brown at the White House on Thursday, October 11. He also met with Trump’s daughter Ivanka and her husband, Jared Kushner. 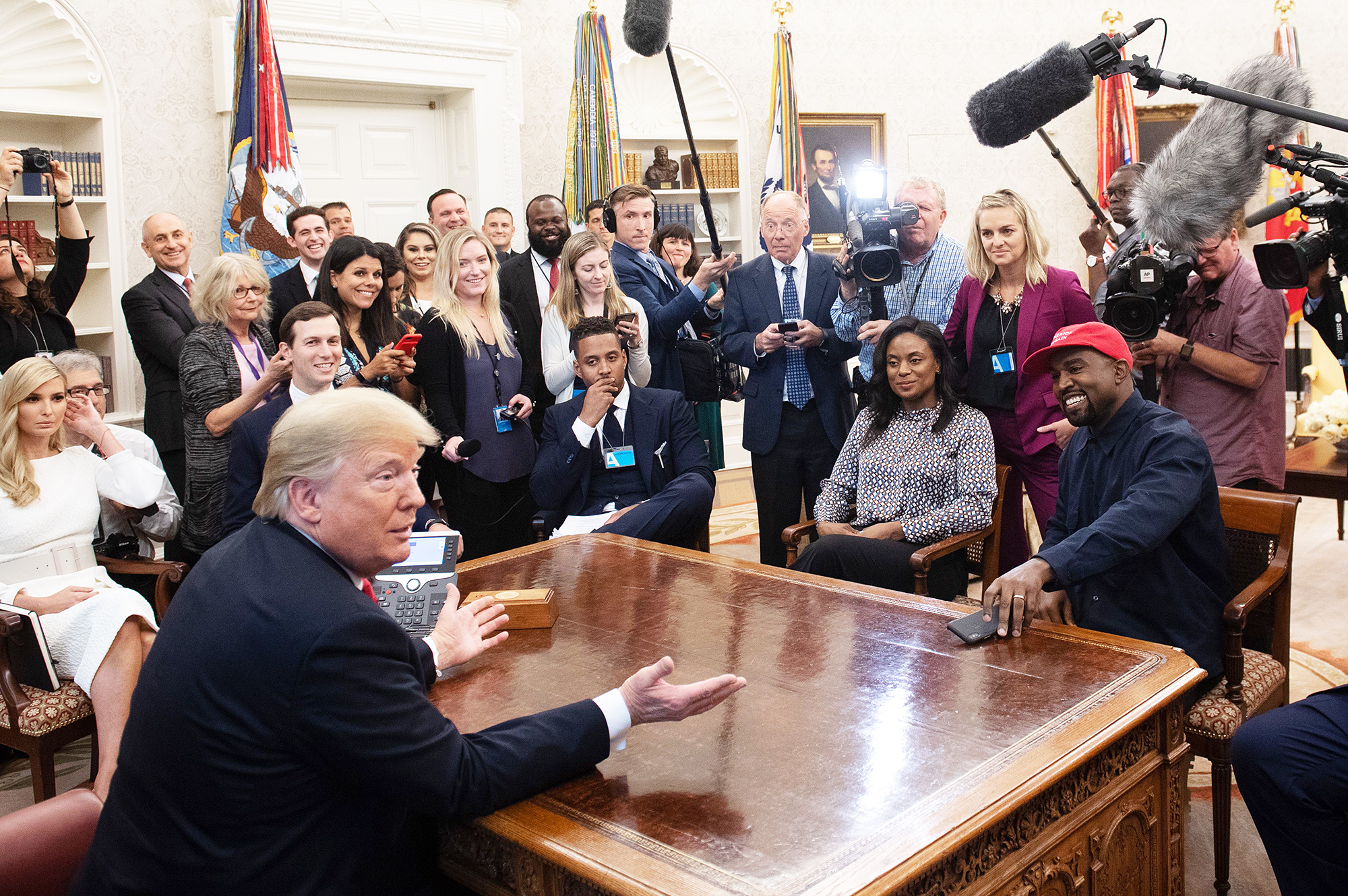 Wearing a “Make America Great Again” hat, the rapper, 41, sat with the former Celebrity Apprentice host, 72, and reporters in the Oval Office. “This hat it gives me power in a way,” West said, according to tweets from members of the press pool. “My dad and my mom separated, so there was not a lot of male energy in my home. And also, I’m married to a family where there’s not a lot of male energy. It’s beautiful though. … There was something about when I put this hat on. It made me feel like Superman.”

Trump and West were expected to discuss topics including manufacturing, prison reform and reducing violence in West’s hometown of Chicago. 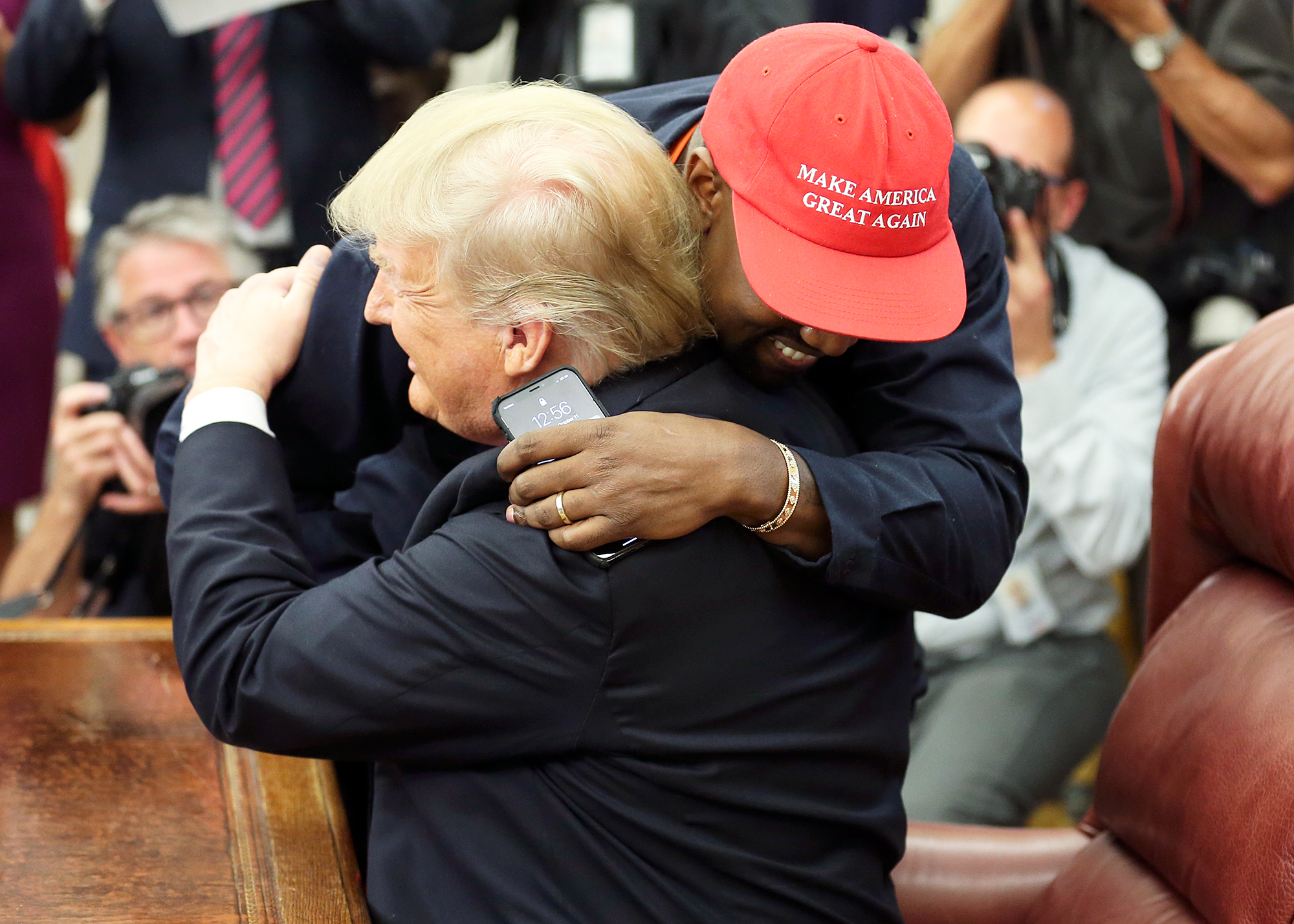 The real estate mogul had nothing but praise for the Grammy winner in the lead-up to their meeting. “Those in the music business say he’s a genius, and that’s OK with me because as far as I’m concerned, he is,” the president said during an interview on Fox & Friends on Thursday morning.

This was West’s second meeting with Trump since the 2016 presidential election. He previously visited the then-president-elect at Trump Tower in New York City that December. Trump later told reporters in the building’s lobby that he and West “have been friends for a long time.”

The Yeezy designer’s wife, Kim Kardashian, has been to the White House twice in recent months. She was instrumental in urging the president to commute the life sentence of Alice Marie Johnson, a first-time drug offender and great grandmother.

“I’m proud of my husband,” the Keeping Up With the Kardashians star, 37, told Extra ahead of West’s lunch with Trump. “I’m really hopeful that the president listens.”

West recently came under fire for wearing the commander in chief’s signature MAGA hat during his September 29 appearance on Saturday Night Live. He also delivered a pro-Trump, anti-Democrat speech after the show’s closing credits rolled.