Kanye West and his five-year-old son Saint were filmed attending the Tampa Bay Buccaneers vs. the New York Giants football game on Nov. 22 while dressed in black outfits and face masks.

Kanye West, 44, and his son Saint, 5, turned heads at a football game that took place at Raymond James Stadium in Tampa, FL on Monday night. The rapper and the look-alike tot were photographed and filmed walking into the venue to watch the Tampa Bay Buccaneers take on the New York Giants and wore slightly matching all-black outfits, including a black leather jacket, jeans, boots, and a baseball cap for Kanye and a black T-shit, pants, sneakers, and a baseball cap for Saint.

The duo also rocked black face masks and didn’t pay much attention to cameras while quickly going by a crowd. The official Instagram account of the Buccaneers shared a photo and video clip of the big moment they entered the stadium with the caption, “Mr. West is in the building.”

Kanye and Saint’s latest outing comes just under two weeks since Saint made headlines for appearing in a new pics with his siblings in a post shared by his mom, Kim Kardashian, 41. The mother-of-four also showed off daughters North, 8 and Chicago, 3, as well as other son Psalm, 2, in the adorable snapshots and called them all her “heart and soul” in the caption. 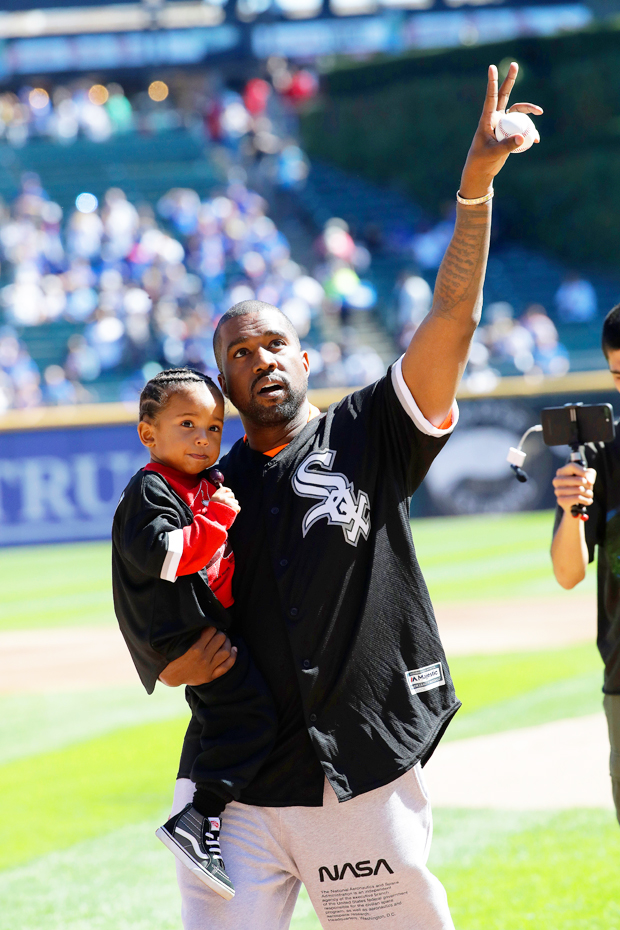 Kanye and Kim have been co-parenting their children ever since Kim filed for divorce in Feb. and their recent outings and posts seem to prove it’s going well. A source previously told PEOPLE that Kanye was going to make sure that he spent as much time with his kids as possible even though he and Kim are longer romantically together and insisted it was important to Kim too.

“It’s very important to her that the kids spends as much time as possible with Kanye,” the source told the outlet. “Kim is trying to be supportive. She is focused on co-parenting. Nothing has changed otherwise. They are still moving forward with the divorce,” the source said.