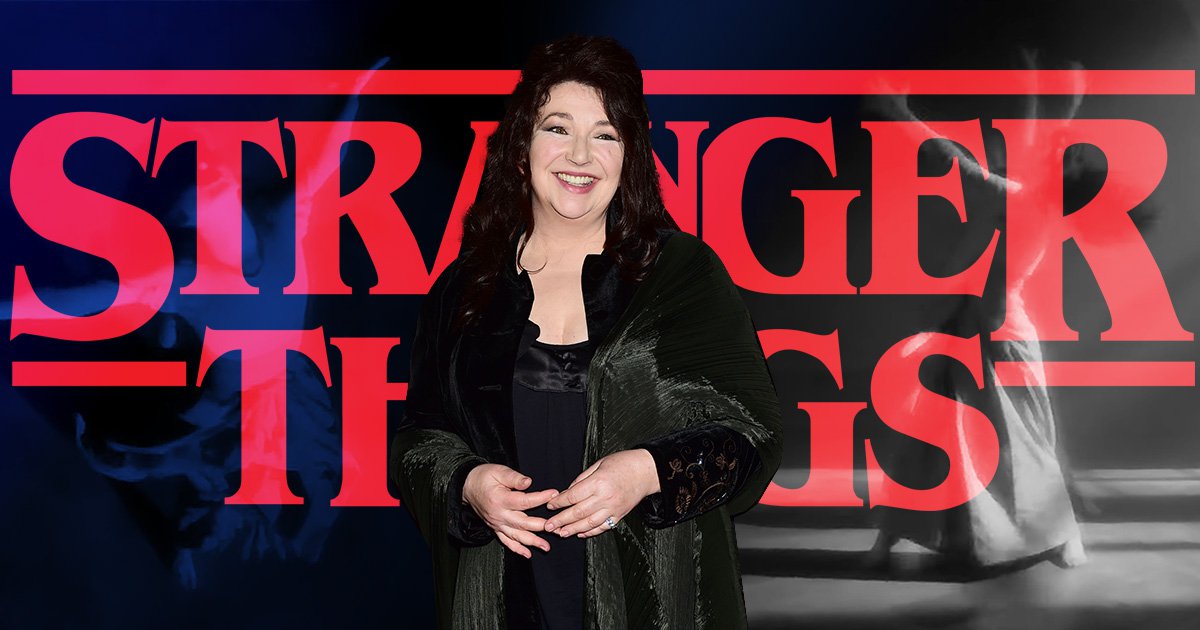 Kate Bush has said it is ‘very special’ that a new young audience have discovered her song Running Up That Hill after it featured in the fourth series of Stranger Things in a rare new interview.

The new-wave track has experienced a global resurgence in popularity following its appearance and on Friday it broke a trio of records as it claimed the top spot in the UK singles chart, giving Bush her first number one in 44 years.

Among the achievements was the longest time taken for a song to reach number one, as it secured the place 37 years after it was first released in 1985.

Speaking to Emma Barnett on BBC Radio 4’s Woman’s Hour on Wednesday, the music icon said: ‘It’s just extraordinary. I mean it’s such a great series, I thought that the track would get some attention.

‘But I just never imagined that it would be anything like this. It’s so exciting. But it’s quite shocking really, isn’t it? I mean, the whole world’s gone mad.’

She added: ‘What’s really wonderful, I think, is this is a whole new audience who, in a lot of cases, they’ve never heard of me and I love that.

‘The thought of all these really young people hearing the song for the first time and discovering it is, well, I think it’s very special.’

Running Up That Hill also claimed the number one spot in Australia, New Zealand, Sweden and Switzerland since the show aired, and achieved a new peak in the US charts at number four.

The British singer-songwriter also secured the title of the longest gap between number one singles, as her only other chart-topping moment was 44 years ago with her debut single, Wuthering Heights, in 1978.

And to round off her trio of records, at 63 Bush became the oldest female artist to score a UK number one, sparking public congratulations from previous record holder Cher, honouring her as a fellow star ‘fighting our way through the testosterone curtain’ in the past.

Bush admitted she had not listened to the track for a ‘really long time’ when the show’s creators asked if they could feature it as she said she does not go back and listen to her old music.

She explained: ‘When things like this come along, I’m normally involved in something like maybe doing an edit or revisiting the track for some kind of other reason, I’m working on it. So yeah, I hadn’t heard it for a really long time.’

The singer revealed that she was already a fan of the hit Netflix show and thinks the programme has put the song in a ‘really special place’ in the series, which recently dropped its teaser trailer for season four’s volume two release.

In the show, Max Mayfield, played by Sadie Sink, is heard listening to the song on her Walkman as a means of grounding herself in the real world.

‘I thought what a lovely way for the song to be used in such a positive way, as a kind of Talisman almost really for Max. I think it’s very touching, actually,’ Bush revealed.

As new fans discover the song, she said she likes people to ‘take from it what they want’.

However, she revealed that the original song idea is about a man and a woman who swap with each other to ‘feel what it was like from the other side’.

Woman’s Hour is on Radio 4 weekdays at 10am and on BBC Sounds. Stranger Things season 4 volume 1 is avaiable on Netflix now, with volume 2 dropping on July 1.