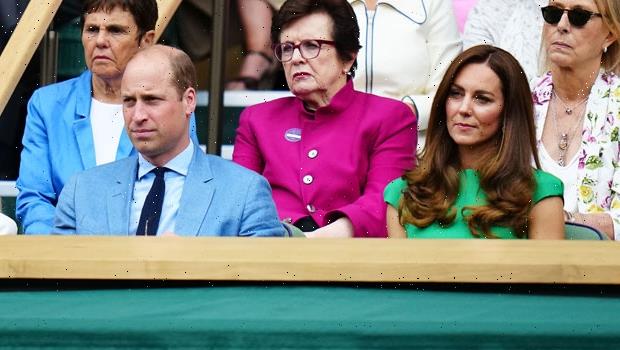 Kate Middleton and Prince William were photographed sitting in seats to watch the women’s final at Wimbledon on July 10, in her first public outing since quarantining for seven days.

Kate Middleton, 39, was a gorgeous sight when she attended Wimbledon in London, England with Prince William, 39, on July 10. The Duke and Duchess of Cambridge looked comfortable while sitting in their seats to watch the women’s final event which had Australian Ashleigh Barty take on Czech Karolina Pliskova. Kate showed off a green short-sleeved Emilia Wickstead dress while William looked handsome in a light blue blazer over a lighter button-down and dark-colored tie. 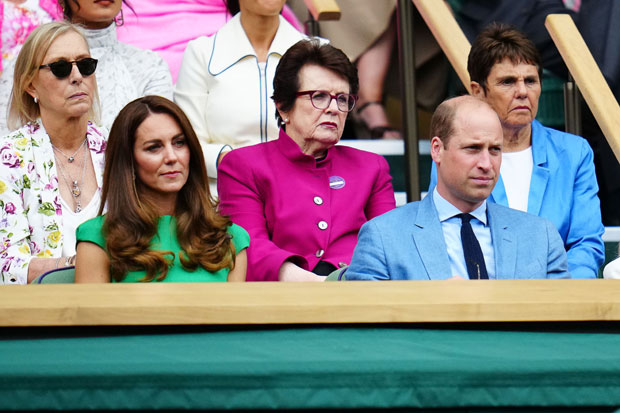 The outing was the first public one Kate’s been seen on since she went into isolation for a week after coming in contact with someone who was infected with COVID-19. It happened after she spent time hanging out at Wimbledon with VIPs Tim Henman and Joe Wicks last Friday. At one point on Saturday, she was spotted wearing a dark blue patterned face mask to stay safe but took it off as she cheered on the players from her seat. 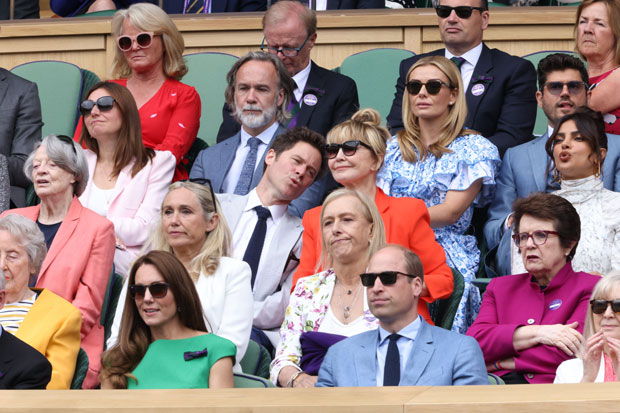 The royal couple also sported sunglasses to keep the sun out of their eyes during the fun event. Kate’s long dark brunette tresses were down as she flashed smiles while watching the exciting sport and conversed with her husband.

There’s been some confusion in the midst of Kate’s latest sighting since England’s current guidelines for quarantine includes a total of 10 days and Kate is believed to have started on July 2 instead of the June 30th date that would make have her appearance at the women’s final taking place after the required 10 days. It’s unclear how the self-isolation was monitored but it’s been reported that Kate was notified personally about her exposure to the virus soon after she left the All England Club at 5pm last week.

Before her latest exposure and quarantine, Kate released photos that showed her getting her first COVID vaccine shot at the Science Museum in London five weeks ago. It has been reported she now has had her second vaccination as well. When Kensington Palace first announced she was going into isolation, they revealed she wasn’t experiencing symptoms.

“Last week The Duchess of Cambridge came into contact with someone who has subsequently tested positive for Covid-19,” the statement read. “Her Royal Highness is not experiencing any symptoms, but is following all relevant government guidelines and is self-isolating at home.”