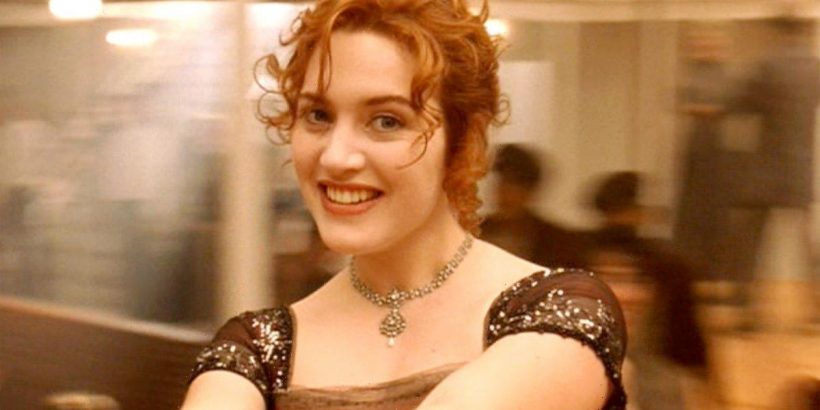 When Titanic was released in 1997, it quickly became a record-shattering success. One of the things the movie is known for is the many ways the director, James Cameron, insisted on recreating the luxurious world of the doomed ship, as well as the horrible, bleak atmosphere of the tragedy.

For the lead actors, Kate Winslet and Leonardo DiCaprio, that meant spending hours in icy water in a tank, as they filmed the sinking of the ship. Winslet admitted that during those long days, she resorted to some unexpected behavior to get through the scenes.

As you might expect in a movie about the most famous sea disaster in history, the actors spent many days filming scenes in the water. A huge water tank was built to create the appearance of a sinking ship, and the actors had to stay in the water all day long to get the scenes done.

According to Rolling Stone, the water was excruciatingly cold, but Winslet preferred it that way. She felt that if the water was comfortable, she wouldn’t have known what the event really felt like for the people who really went through the tragic event.

But despite her commitment to uncomfortable accuracy, Winslet did make some concessions to make the difficult filming conditions easier to bear.

“Yes, I admit to sometimes peeing in that water,” she said. “Because you wanted to get it right. You didn’t want to have to get out and go to the bathroom, which would take half an hour with corsets and dresses and all that sort of thing. So, yeah, I peed. I mean, it’s the same with a swimming pool — do you really think about what’s in it?”

Behind the scenes of the huge project that was ‘Titanic’

Insider reports that Titanic was a massive project that ended up costing more than $1 million to make each minute of the movie. That enormous budget was spent on details like the painstakingly accurate replicas of the decor of the original ship. The props department even stamped the White Star Line logo on tiny objects that would never be seen on film.

To maintain an air of luxury in the scenes that were set in the first-class dining room, the actors were served genuine Beluga caviar. This extravagant food costs up to $4,500 per pound.

The cast also included 150 “core extras,” who were all given character names and backstories, even though they didn’t speak and barely even appeared onscreen.

All of this obsessive attention to detail certainly paid off in the end. Although movie executives fought with Cameron about the expense and length while the movie was filming, when it was released they soon realized it was all worth it.

‘Titanic’ is a record-breaking success

When Titanic came out in theaters in 1997, no one knew what a huge success it would be. According to Cosmopolitan, it opened to big box office numbers right away, spending a record-breaking 15 weeks at number one. It went on to rake in more than $650 million in domestic ticket sales, and a stunning $1.8 billion worldwide.

The move also broke a record with 14 Oscar nominations. If that wasn’t enough, it won 11 Academy Awards, tying with Ben Hur for the most wins in Academy history.

Clearly, Titanic was something special. Nearly 25 years later, fans still love the romantic tragedy. It seems that a little pee in the water was worth it after all.