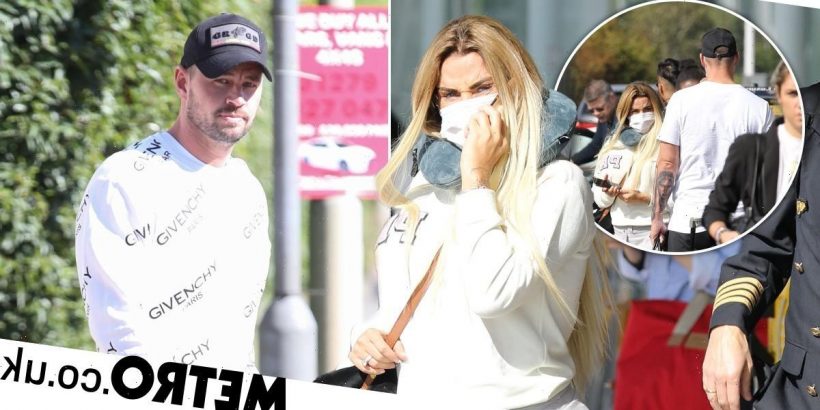 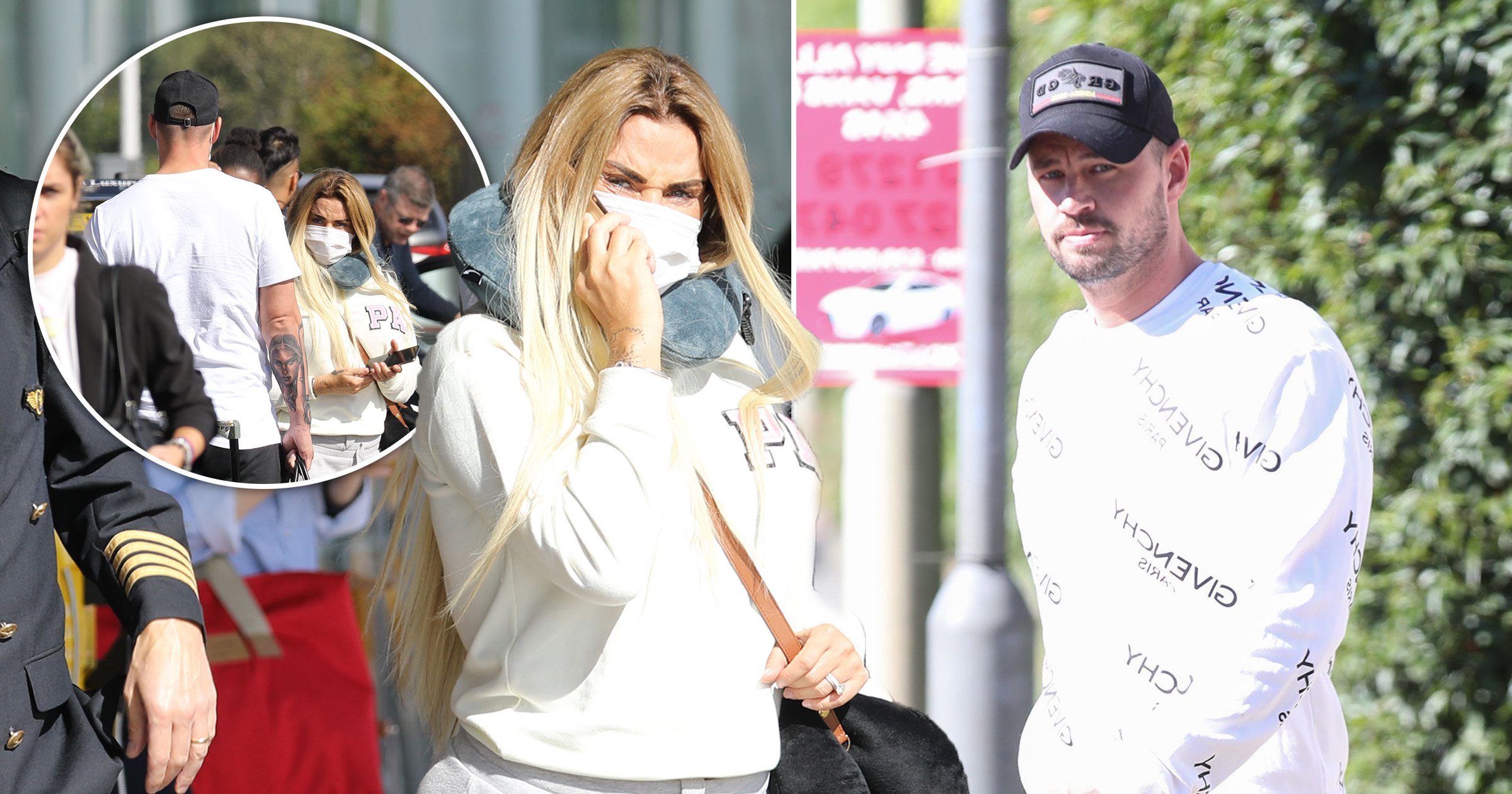 Katie Price and Carl Woods have been spotted arriving in the UK together after a two-day trip to Turkey.

The couple were photographed arriving at Stansted airport on Friday after jetting out for Katie to get her hair extensions redone in Istanbul.

Katie, 43, was seen wearing a tracksuit for the trip with a grey neck pillow around her neck, as well as pink fluffy slippers and a face mask, as she left her new long, blonde hair loose down her back.

Carl, 32, was seen in a black jogging bottoms, a black baseball cap and white T-shirt with his forearm tattoos visible as he held one of their bags while they waited to be picked up.

Katie had earlier updated fans with the progress of her new hairdo, having spent several hours in the chair.

Thankfully, she had a delicious Turkish feast provided to keep her energy up throughout the pampering session, as she showed off the delicacies that had been placed before her.

Katie also appeared to flash the £50,000 engagement ring that had been rumoured to have been taken during her alleged assault last month.

The former glamour model had been taken to hospital after suffering facial injuries when she was allegedly assaulted at the house she had been staying in in Essex.

It was claimed her engagement ring was taken as she was left with a suspected fractured jaw and a split eye amid the incident.

At the time, it was reported that the ring had been taken in the attack with a source telling The Sun: ‘Katie no longer has her ring. It cost thousands but went during the incident.’

Katie took time off from public appearances in the wake of the alleged incident in order to allow herself time to recover, but has resumed work once more.