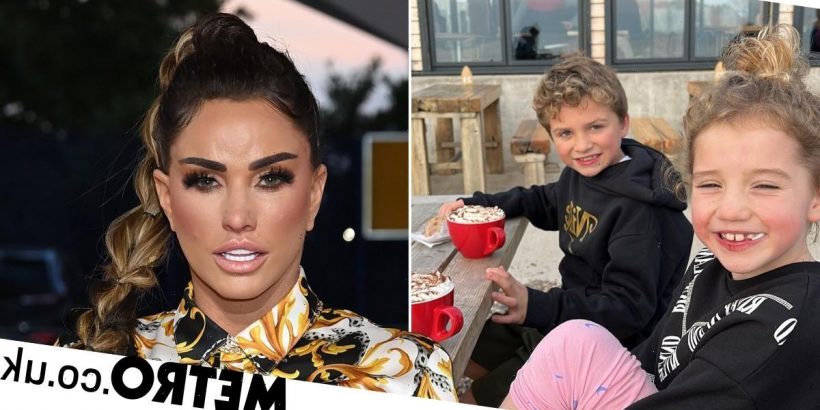 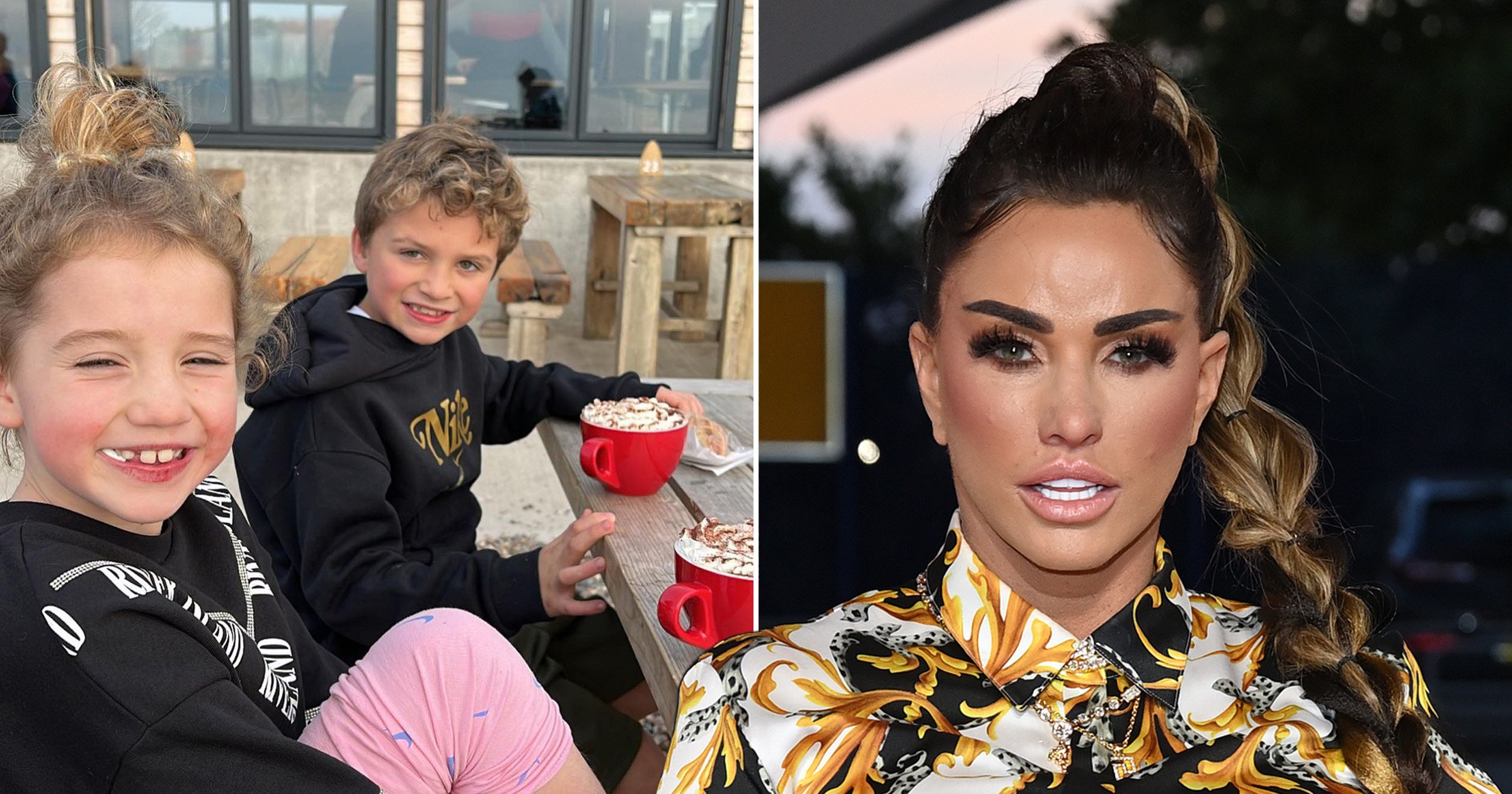 Katie Price has been spending quality time with her parents and her youngest kids on a beach day after returning from Las Vegas.

The former glamour model, 43, has been in Vegas with fiancé Carl Woods, 32, where the pair had teased fans with hints they may get married, before revealing they were just filming for a YouTube video instead.

After having a break in the USA, the couple have since returned to the UK, where one of Katie’s first stops was to spend some time with her terminally ill mum Amy, who has degenerative lung condition idiopathic pulmonary fibrosis.

She took to Instagram to tell fans that she and her mum, her stepdad and her two youngest children, Jett, eight, and Bunny seven, were spending the day by the seaside.

Sharing videos of their early morning excursion, Katie added: ‘Early on the beach for breakfast.’

Katie told her followers: ‘What a beautiful morning with my mum, dad, Jett and Bunny, overlooking the sea. Fresh.

‘Look at these morning swimmers, I don’t know how they do it. Even Bunny is screaming because the water is so cold on her feet.’

While Junior, 16, and Princess, 14, were not with her for the outing, Katie revealed that she was taking back a slice of 19-year-old son Harvey Price’s favourite cake – a carrot cake – for him to enjoy.

She then shared a photo of Jett and Bunny, who she shares with ex Kieran Hayler, smiling as they sat at a bench enjoying hot chocolate with whipped cream, adding: ‘Best way to start the weekend, my favourite smiles.’

Katie and Carl had had fans speculating that they may get married in Las Vegas after they were seen picking up a marriage licence together, but later dispelled the rumours on social media.

She is also facing sentencing next month following her arrest in September after crashing her car while banned from driving and under the influence of alcohol and drugs.

Katie completed treatment at The Priory on instruction from the judge but could still face prison time when she is sentenced next month.