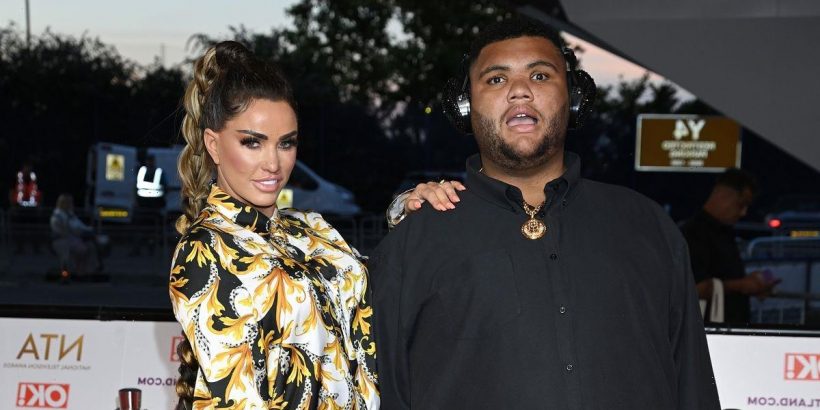 Katie Price has jetted off to Las Vegas, leaving son Harvey at home while she and Love Island's Carl Woods tie the knot.

It was claimed that the TV personality and former glamour model had hoped her eldest son, 19, would be with the couple as they wed but has since touched down in Vegas and obtained their marriage license.

Harvey was originally meant to be Carl’s best man but a source speaking to The Sun said: "Sadly, they couldn't take Harvey out of school and with them to Vegas – it's too much of a disruption to his routine.

"Katie was sad but he can be best man at their UK celebration."

Stay up to date with all the latest on showbiz by signing up to OK!'s daily celebrity newsletter.

The source said that her son couldn't make the event as it would disrupt his school routine.

The 43 year old and hubby-to-be landed in the Sin City on Wednesday 10 November and an insider told OK!: "Katie has picked up the marriage certificate this morning and is planning on getting married in Vegas over the weekend.

"She wants a few days to get her tan built up, get her nails done and her hair done before the big day, as well as pick out a dream dress."

Since being stateside Katie shared on Thursday thatof Las Vegas.

Carl also appears to be loving his time out in the US and posted on Instagram to say: ”Anyone who knows me, Knows I absolutely love Vegas. #secondhome.”

Katie commented under the post, saying: “Can’t wait for the day we live here,“ which attracted a fair bit of negative feedback.

Lots of users on the photo-sharing app jumped on Katie’s comment to say how she didn’t deserve to live there and that they did not approve of her life choices.

One fan jumped to Katie's aid and said: “Ignore the b******t on here Katie I hope u and carl retire there and u are eventually an old lady playing slots in the casino still having the time of your life with all the kids grown up and successful visiting u whenever they want, good luck to you hun x.”

Looking forward to hopefully having her happily ever after this will be the star’s fourth marriage after previously marrying Peter Andre, Alex Reid and Kieran Hayler.

After a traumatic journey to Nevada where it was reported that Katie had been asked to leave a connecting flight from New York to the West Coast after refusing to wear a mask, hopefully the couple’s wedding will be smooth sailing from now on.

A holidaymaker onboard tweeted about the alleged plane altercation as they said:"@KatiePrice Just got thrown off our flight from New York to Las Vegas with her boyfriend !! So annoying and embarrassing. Wear your bloody mask was it worth it".

They continued: "Apparently she was asked 4 times to put mask on and she refused when warned she would be taken off the plane she said go on then they had no idea who she was – Carl looked mortified.

"She said to me “ I didn’t do anything” ! Matching cream tracksuits so embarrassing."

However a friend had a different story to tell, saying that Katie had pulled her mask down so she could speak to her kids while on the phone and that she left the plane to finish her call.

Stay up to date with all the latest on Katie Price by signing up to OK!'s daily celebrity newsletter.