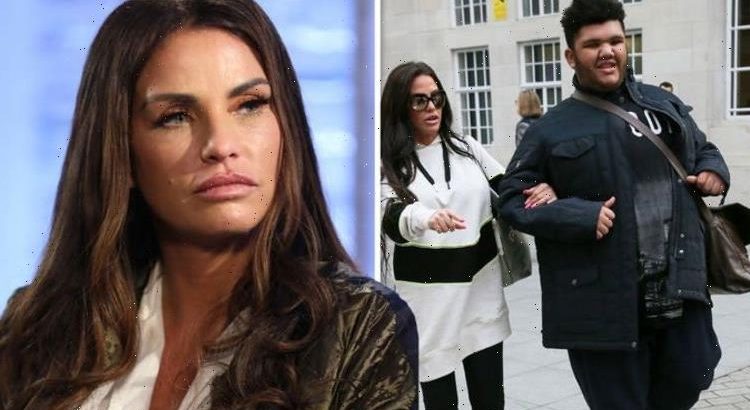 Eight police officers are being investigated over a WhatsApp group in which they are said to have made “sick” jokes about Katie Price’s disabled son Harvey. According to reports, the Metropolitan Police officers have been accused of posting racist and sexist jokes in the chat.

The officers, who are based in Bexleyheath, are also accused of mocking black suspects and bullying a female employee.

Those in question were brought into a meeting with senior command once the messages came to light last March.

A source said: “They’ve been putting sick jokes in there, pictures of black criminals, but some of the worst stuff was taking the mickey out of Harvey Price.

“There are a lot of messages about him, I’m told.

The eight officers have been placed on restricted duties while the investigation is being carried out, the Daily Mail reports.

A spokesman from Scotland Yard confirmed to the same publication that the force’s Directorate of Professional Standards was investigating.

Harvey, who was born in 2002, was diagnosed with Septo-optic Dysplasia, a rare genetic disorder affecting his eyesight, as well as autism and Prader-Willi syndrome, which can cause learning difficulties and behavioural problems.

He is unable to control his weight and requires 24-hour care.

A Met spokesperson said: “The DPS is considering whether the material constitutes a breach of standards, specifically whether there is any evidence of discrimination relating to race, sex, sexual orientation, religion or belief and disability.”

The DPS is also looking into an allegation of bullying involving a female employee.

Express.co.uk has contacted a representative for Katie Price for comment.

Harvey has been a victim of online trolling with his mum Katie campaigning to have the law changed to hold trolls to account.

She has been spearheading a campaign against online trolling, which she is calling Harvey’s Law, with the aim of criminalising social media abuse.

Katie recently praised her eldest son as he celebrated graduating from school.

The 43-year-old took to Instagram and shared photos of Harvey in his cap and gown.

In view of her 2.6 million followers, Katie penned: “Harvey so happy with his certificate for graduating. He is just so amazing my absolute life soul and joy.”

A picture showed Harvey with a massive smile plastered across his face as a teacher handed him his graduation certificate.

In another candid post, the doting mum added: “Words cannot describe how proud I am of my son @officialmrharveyprice for his graduation he has come so far and further than any doctor or my family thought.

“He is now 19 ready to go to college for his next chapter in life, he makes me so proud and is a massive credit to myself knowing how well I’ve done bringing him up on my own,” alongside three red heart emojis.