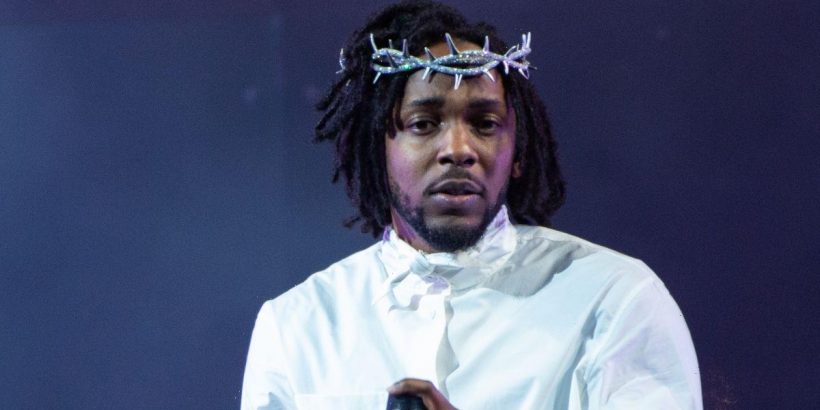 Kendrick Lamar has closed Glastonbury 2022 with a powerful headline set which saw him chant “Godspeed for women’s rights” before dramatically exiting the Pyramid Stage.

The Pulitzer Prize-winning rapper, 35, ensured his debut at the festival would be memorable with an array of hit songs from his back catalogue accompanied by finely choreographed dancers.

The performance reached its theatrical pinnacle at the end as the lights came up during his rendition of new song Saviour to reveal fake blood was pouring down his face from a crown of thorns.

Before playing the song, Lamar, who has previously been open about his Christian faith, said the crown of thorns represented Christ.

The crown which adorned his head was reportedly made by Tiffany and Co, and features 8000 diamonds, according to British Vogue.

The words “You Saviour I Am Not” blazed on the screens behind him as he performed the track with fake blood continually pouring down his face and white shirt.

As his dancers encircled him, fireworks erupted across the stage as he repeatedly chanted “they judge you, they judge Christ. Godspeed for women’s rights” before leaving the stage.

The plea for female rights appeared in protest against the US Supreme Court’s recent decision to end the country’s constitutional right to abortion. A number of musicians across the weekend used their Glastonbury platform to condemn the reversal of the landmark 1973 Roe v Wade ruling including Lorde, Billie Eilish, Olivia Rodrigo, Idles and Phoebe Bridgers.

The likes of Zendaya, Hillary Clinton and Kendall Jenner have also spoken out against the US Supreme Court’s decision.

Whilst she was perhaps not quite as vocal as her aforementioned peers, Zendaya, who starred in musical drama film The Greatest Showman, reposted an article from Vanity Fair to her Instagram Stories which read that a ‘sledgehammer was taken to reproductive healthcare’ in America. Meanwhile, former First Lady Michelle Obama penned a lengthy statement, which read: "I am heartbroken today. I am heartbroken for people around this country who just lost the fundamental right to make informed decisions about their own bodies.

"I am heartbroken that we may now be destined to learn the painful lessons of a time before Roe was made law of the land – a time when women risked losing their lives getting illegal abortions.

"A time when the government denied women control over their reproductive functions, forced them to move forward with pregnancies they didn’t want and then abandoned them once their babies were born.