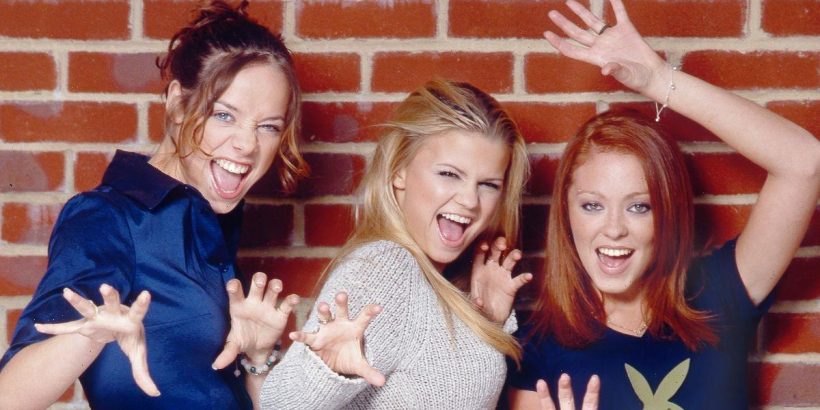 Kerry Katona has shared photo from her Atomic Kitten heyday after admitting she was gutted she wasn't asked to take part in the band's latest revival.

She shared a fan photo from a night in 2013 and another of her on stage with Natasha Hamilton with a fan comment that described her as the 'real kitten'.

Kerry left the group in 2001 after falling pregnant with her first child with then husband Brian McFadden.

She walked out days after the band released the single Whole Again, which would become their biggest song to date, and she was replaced by Jenny Frost.

The band have been hitting the headlines recently after tweaking the hit song to pay homage to England manager Gareth Southgate during this year's European Football Championship.

When the girls appeared on Loose Women, fans joked that Kerry would be 'spitting feathers' over the appearance.

Despite being a founding member of the band, Kerry revealed she was not asked to rejoin them and feels her bandmates don't like her anymore.

"I was gutted not to be involved, but I'm really happy for the girls,” she exclusively told OK! .

“I was never asked to be part of it – I don't know why! I get the feeling they don't like me.”

But, Kerry added: “I wish them all the best – the more morale we have for England, the better. Come on England!"

Following the release of the song, Jenny Frost, Natasha Hamilton and Liz McClarnon said in a statement: “It's been a whirlwind couple of days, but we are super excited and grateful to be able to contribute to the awesome energy and patriotism that is filling the England Streets with this version of Whole Again."

They added: “Totally inspired by the England Football fans in support of Gareth Southgate and the super talented England Football team, we will be singing loud and proud ‘Football's Coming Home!'”

Kerry has previously opened up about some of the band’s past arguments.

Writing in her new magazine column last year, Kerry recalled: “I remember some of the fights we had in Atomic Kitten back in the day. Once, Liz punched me from behind after we had a little row. I was furious and got my own back.

“I made her get changed in the toilets at SMTV Live, then I stamped on her feet while we were up on stage singing Whole Again."

And when the group discussed getting back together for ITV's Big Reunion back in 2013, Jenny said: “I don't want to be derogatory about Kerry, but there shouldn't be four of us in Atomic Kitten.”

Hitting back, Kerry said at the time: “The thing is, I was the founding member of the band."

"I’m not going to get into a slanging match over the Kittens but Jenny got the opportunity of a lifetime when she took over from me.

“They were number one when she joined the band but it was my voice on the record.”

For the latest news on Kerry Katona and Atomic Kitten, sign up to our daily OK! newsletter.