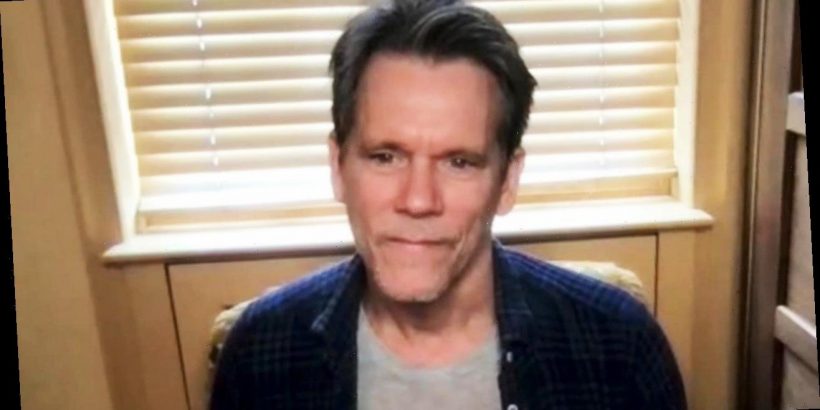 Kevin Bacon took up a new hobby during the pandemic and people are loving it.

After gifting his wife of 32 years, Kyra Sedgwick, goats for their anniversary, he took it upon himself to start singing with them and posting the videos to Instagram.

“‘Goat Songs’ is immensely popular and I had no idea it would be,” Bacon told ET’s Nischelle Turner while talking about his show City on a Hill. “During the pandemic there have been some impulsive moves and mine was to get some tiny miniature goats for Kyra as an anniversary present. And I kind of discovered…that I find it very relaxing hanging out with them. Sometimes I’ll go down and bring an instrument and they don’t hate it.”

“So I started playing songs and then I said, ‘Well I’ll just play songs to the goats,'” he continued. “And then someone came up with the idea of actually asking people if they had any suggestion for the songs the goats might like, and people made silly jokes like, ‘You can goat your own way’ or one of them was, ‘You gotta do some New Kids on the Block.'”

Last month, Bacon took up the latter request, and did a rendition of the boy band’s song “Hanging Tough” on his guitar, accompanied by his furry companions.

The video received plenty of love on social media, even impressing A.J. McLean from the Backstreet Boys. The Dancing With the Stars alum put in his own request after watching the video.

As for what songs the goats have responded to the most, Bacon says one of their favorites was “Creep” by Radiohead. “The funny thing is, there’s that weird sort of like guitar thing…I only have my acoustic [guitar]. In the Radiohead song it’s like a big huge electric thing, and I did like a (sound) and both the goats were like, what? And one of them ran, the other one turned and was like, ‘What was that?’ They’re great animals, they’re all filled with love.”

When he’s not singing and creating his goat songs, Bacon is working on City on a Hill. Season 2 of the Showtime series will be filled with plenty of drama. The Ben Affleck-executive produced series follows Bacon as Jackie Rohr, a corrupt FBI veteran, who forms an unlikely bond with attorney Decourcy Ward (Aldis Hodge) in order to take down a family of armored car robbers from Charlestown. As for what people can expect in the new episodes?

“In terms of my character, my whole world is kind of falling apart,” he teased. “I’ve once again done some pretty despicable things, they want me out, my job is at risk. I’m also having to confront a lot of stuff from my past that I had hoped would stay buried. But my wife and my daughter are starting to, kind of, get a little more open about their feelings and the things that they’ve suffered in their lives. So I’m forced to face that as well.”

Season 2 of City on a Hill debuts March 28 on Showtime.