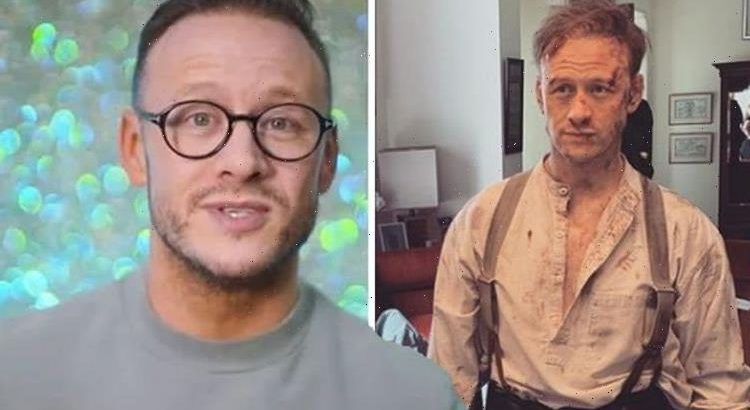 Kevin Clifton explains why he took a break from his podcast

Kevin Clifton has revealed he’s been busy filming promotional footage for his new role in The War of the Worlds. However, the star’s behind-the-scenes snap of him looking bruised and battered left many of his followers in a frenzy today.

Kevin took a break from his appearance in the musical Singin’ In The Rain to share a glimpse at his new project.

In 2022, he’ll be starring opposite Claire Richards in a new version of Jeff Wayne’s The War of the Worlds.

Set to tour the UK, Kevin will take on the role of The Artilleryman.

To promote the new show, the former Strictly professional was recently drafted in for a photoshoot.

However, the make-up team made the star looked bruised and injured for the portrayal.

Kevin teased his 357,000 followers on Instagram with a sneak peek at the character earlier today.

Some fans were left slightly concerned over his snap before realising the magic of make-up.

Posting below, one penned: “Rough day? WOTW. Getting stuck in.”

A second added in reference to Kevin’s current role in Singin’ In The Rain: “I thought this was the result at the end of make ’em laugh. Phew!”

Others shared their excitement for Kevin’s upcoming role in the musical.

“This is one of my most FAVOURITE scores,” penned a third. “You look amazing.”

Another wrote: “You look amazing Kevin you’re gonna be incredible in War of the Worlds.

“Amazing photo the music is just out of this world.”

Elsewhere, the dancer made an appearance on Loose Women yesterday.

During his interview, he admitted he’d happily return to Strictly in a new role.

He said: “I love the show, I love Strictly Come Dancing and it’s been a massive part of my life.

“I did it for seven years. There’s still a part of me that says ‘never say never’ about going back to it, maybe in a different role, who knows?

“But for now, everything is theatre for me.”

The panellists then asked if he’d like to follow in the footsteps of Anton Du Beke as a judge on the series.