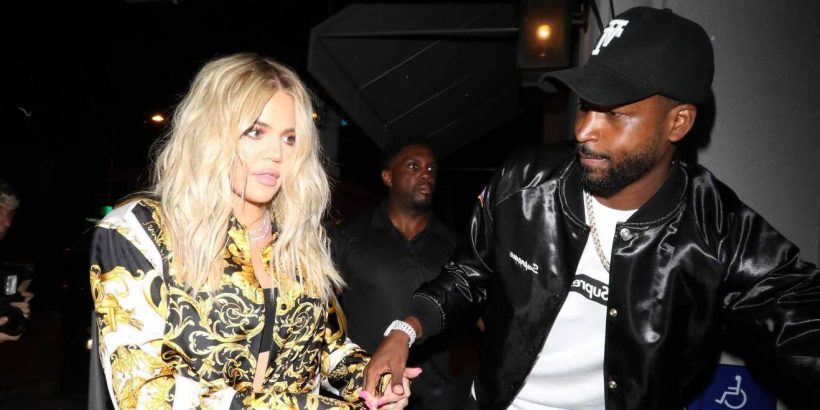 On Thursday, Hulu’s new show The Kardashians had its premiere, and one of its stars had a powerful message to deliver from the audience. Page Six reports that Khloé Kardashian actually yelled at the screen from her seat when her ex Tristan Thompson made an appearance. She didn’t believe anything he was saying.

In the episode that set her off, Thompson was filmed telling Kardashian that he was “working on regaining her trust,” after his history of affairs and infidelity rumors.

A source said that “someone in the audience screamed, ‘Liar!,’” and moments later they realized “it was Khloé. She yelled super loud, ‘Liar.’”

A second source backed up the report, but added that “it wasn’t an angry yell.”

“She jokingly said, ‘Liar,’” they continued. “People were laughing. She was in an amazing mood and spirits.”

The premiere event was held at Goya Studios in LA, catered by restaurant Craigs and there were “Jeff Leatham flowers were everywhere.” And of course, Kendall Jenner’s tequila brand 818 was being poured, though the model was the only sister not in attendance. Neither was Tristan Thompson.

It was also a big night for couple Kim Kardashian and Pete Davidson, who made their first public appearance together. Davidson was treated “as very much a part of the family,” according to an insider at the event.

“All the kids were there, so he’s met them all now,” they said. “He was hanging out with Scott Disick and Jonathan Cheban. Him and Kim seemed very comfortable together.”

A second anonymous party attendee said, “Pete hung out with Kim most of the night and was friendly with everyone.”

After the premiere, Davidson reportedly went with his new girlfriend and newly married couple Kourtney Kardashian and Travis Barker to Jon & Vinny’s for the after party, making it a full night for everyone.