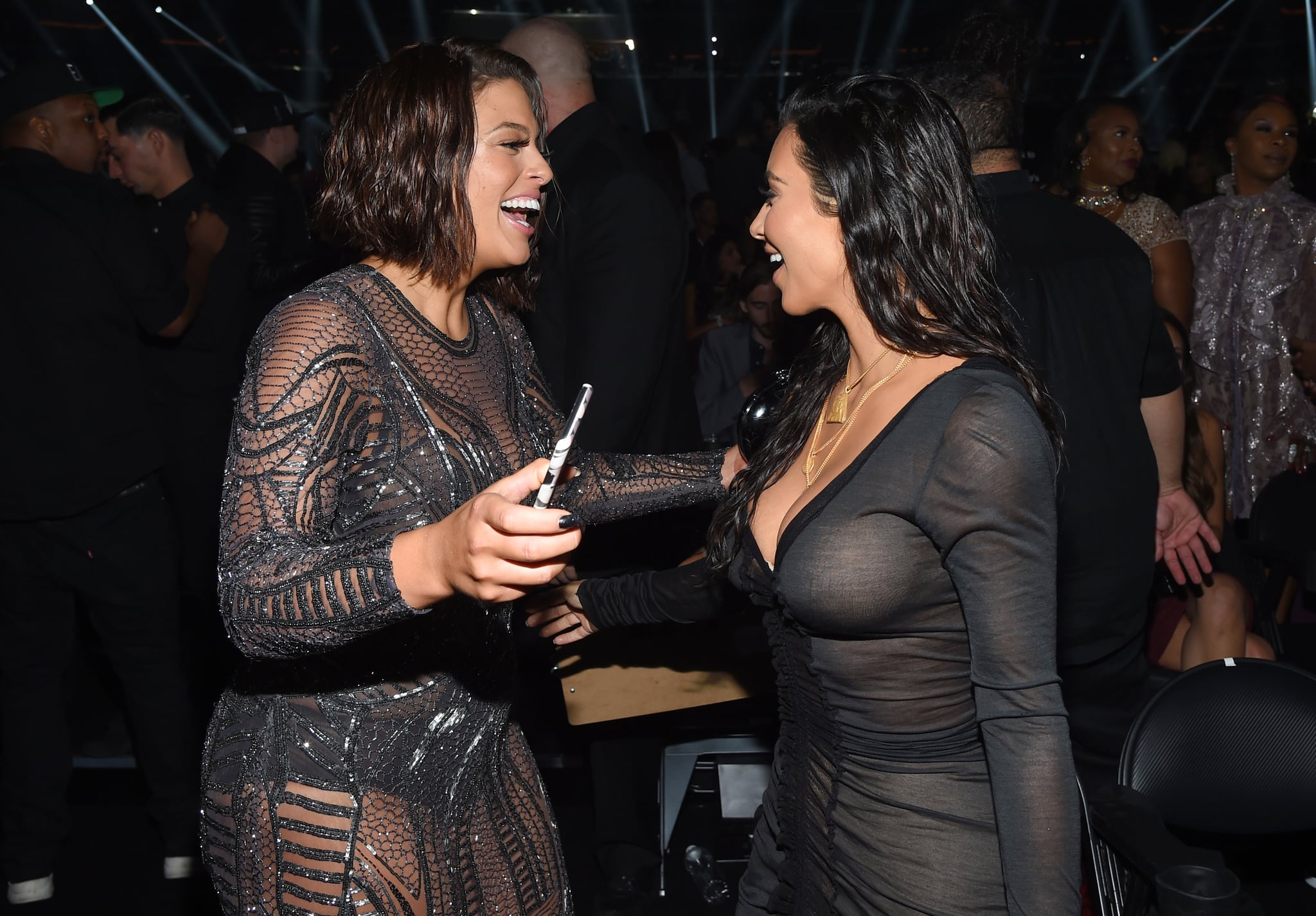 Kim Kardashian is arguably one of the biggest celebrities in the world. With her beauty line, reality show, and 118 million Instagram followers, she isn’t going anywhere. Ashley Graham is one of the most sought-after names in the modeling industry. She is a leading curve model and body positivity activist and an all-around fierce person! So, what do you get when you put the two women together? A really great conversation!

Ashley Graham recently launched her podcast, Pretty Big Deal, on YouTube, and her very first guest was none other than Kim. The pair spoke about a range of topics, from dealing with fame to being proud of their curves. Here’s what we learned about Kim and Ashley’s friendship:

Ashley is a huge fan of Kim.

Ashley started the episode by telling listeners how she met Kim at the MTV VMAs in 2016. “Look, Kim, you have been such a staple in my life, like when it comes to TV, having a curvy body, and being a big sister; so I have always looked up to you. And now you’re a businesswoman, and for me, it was like, ‘I have to go meet my hero,’ and you were so nice!”

They both struggled to break into the fashion scene.

It is no secret that curvy women in the high-fashion world have a tough time getting designers to dress them. When asked about it, Kim said, “I mean, nobody would dress me — like nobody. I remember Kanye taking me to Paris and bringing me into, like, an atelier and seeing all this stuff, and I was just so quiet and so nervous to sit at a fashion show!”

Ashley could relate to Kim’s struggles. “Getting designers to dress me has been a mission!” she said. Adding, “But then, when I am actually there and they are dressing me, they slowly get it.”

They both are skincare fanatics.

If you follow Kim on social media, you often see her mention interesting places like Sev Laser or Nurse Jamie’s spa. The Kardashians often post videos of themselves getting these treatments done, but in this podcast, Kim tells us what exactly she swears by. When Ashley asked Kim what her go-to laser treatments are, Kim said, “I am all about tightening. Like, after the Summer, I will do, like, a texture one to get rid of sunspots.” Ashley responded by nodding her head and saying, “I need to do that!”

They have each other’s backs.

During the 2017 Met Gala, Kim and Ashley were chatting when Kim noticed that Ashley had spinach in her teeth — and Kim actually put her hand in Ashley’s mouth and removed it. Kim laughed and said, “I’m not a hater, so if I see a girl with some food in her teeth — or a guy or anyone — I am like that. I will let you know; in a subtle way, I’ll help you out.”