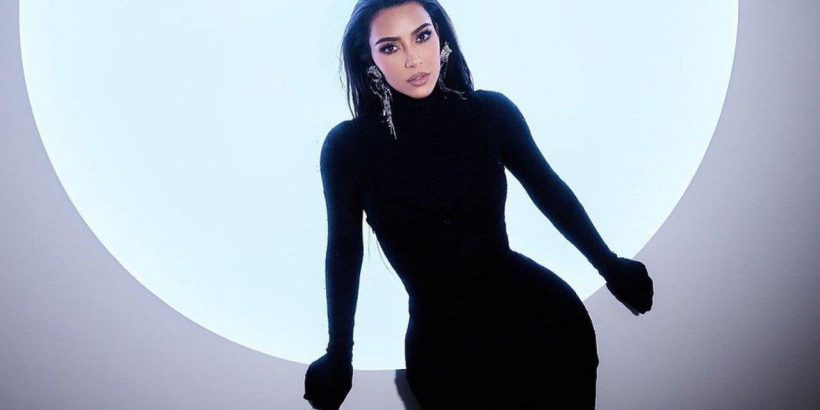 Passing one of two bar exams required in California on her fourth try, the SKIMS founder feels ‘so so sooooo good’ as she is one step closer to her dream of becoming a lawyer.

AceShowbiz –Kim Kardashian is one step closer to becoming a lawyer. The reality TV star has passed the “baby bar” exam in her law study after three failed attempts and she couldn’t help sharing the good news on social media.

Taking to her Instagram page on Monday, December 13, the mother of one celebrated her achievement by sharing some glam photos of herself rocking a blue dress with a plunging neckline. In the caption, she exclaimed, “OMFGGGG I PASSED THE BABY BAR EXAM!!!!”

“Looking in the mirror, I am really proud of the woman looking back today in the reflection,” she gushed. “For anyone who doesn’t know my law school journey, know this wasn’t easy or handed to me. I failed this exam 3 times in 2 years, but I got back up each time and studied harder and tried again until I did it!!! (I did have COVID on the 3rd try w a 104 fever but I’m not making excuses).”

The 41-year-old went on explaining, “In California, the way I’m studying law you need to take 2 bar exams, this was just the first one but with the harder pass rate. I was told by top lawyers that this was a close to impossible journey and harder than the traditional law school route but it was my only option and it feels so so sooooo good to be here and on my way to achieving my goals.”

Kim then thanked several people, including political commentator Van Jones, and Bar Bri Law School bar prep which helped her in law study so far. “I couldn’t have done it without you guys!” she admitted. “Setting me up with professors @sam.arlen.farkas and @chuckshonholtz changed my life. Thank you guys for putting in the hours and teaching me everything I needed to know! 10 hour days, daily 4 hour zooms, our in person practice tests week after week. We did it!”

The SKIMS founder concluded her message giving her fans some encouragement, “Bottom line is don’t ever give up even when you are holding on by a thread, you can do it!!!!! Set your mind to it and get it done because it feels soooooo good once you get to the other side!”