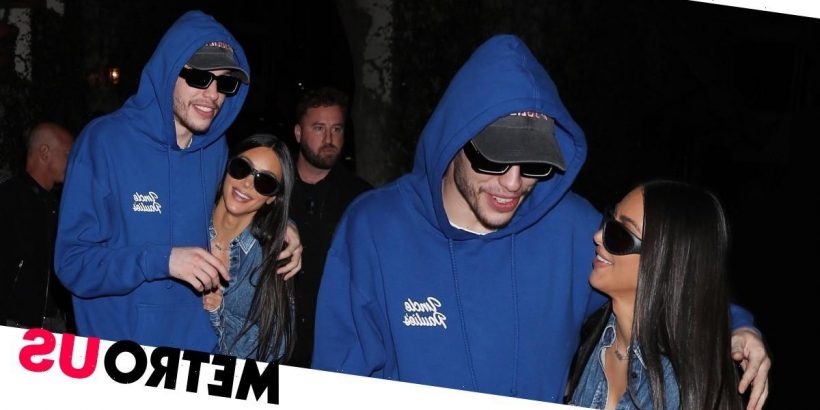 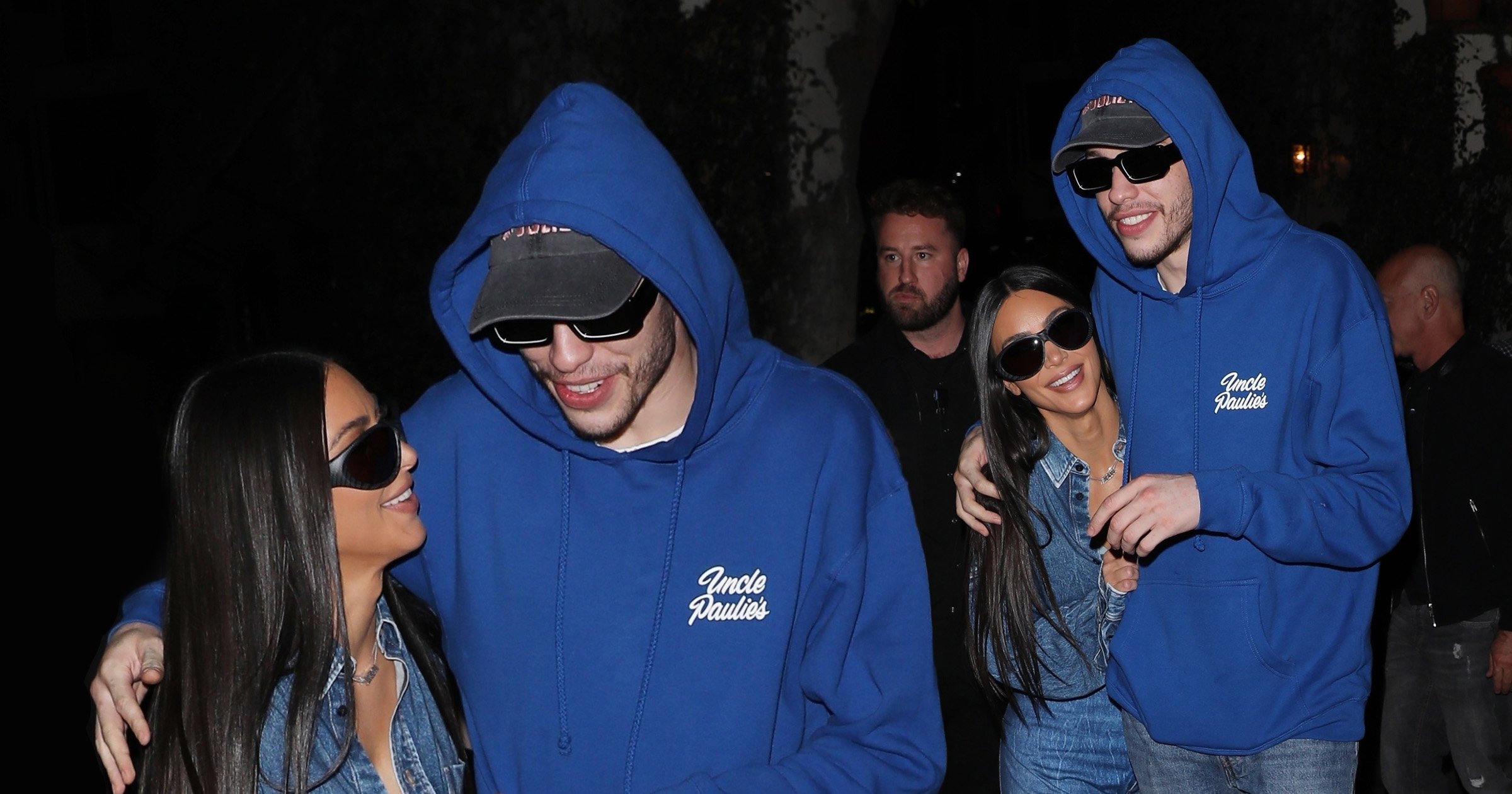 Kim Kardashian is playing ‘image catch-up’ in her relationship with comedian Pete Davidson, a body language expert has suggested.

The pair have enjoyed an intense whirlwind relationship for the past few months, beginning with a very public kiss on the set of Saturday Night Live for a special Aladdin-themed sketch.

Since Kim’s hosting of the popular show, she and Pete have enjoyed dinner dates and trips abroad, eventually going Instagram-official with their relationship last month.

At the same time, it’s not a bed of roses: Kim’s estranged husband and father of her four children, Kanye West, has been vocally furious at the pair getting together.

The rapper’s reaction to Kim and Pete’s romance has ranged from publicly begging for Kim back on-stage and insulting Pete in a series of posts on Instagram, though he has reportedly since promised Kim he would stop.

Kim, 41, and 28-year-old Pete’s relationship is complicated to say the least, but the couple seem completely smitten with each other – but according to an expert, it may not be sustainable.

The photos seem to show a loved-up couple comfortable in each other’s company, both wearing sunglasses and matching grins, with Kim holding on to Pete’s hoodie and Pete keeping a protective arm around her.

However there is a lot more than meets the eye, expert Judi says, and warns Pete has ‘all the hallmarks of a “phase” boyfriend’.

Pete is ‘the kind of guy you date because you want to act rebellious after trying to be perfect for too long… or the guy you’d hook up with because you’re in your forties and want to re-visit your teenage years,’ Judi says.

She also notes that Pete is the type of ‘funny, goofy, warm guy you’d be drawn to if your previous ex had taken himself a little too seriously and stuck you on a pedestal marked “goddess”,’ Judi says – whoever she could mean by that, hmm?

So while Pete’s wardrobe, body language and ‘soppy’ grin places him ‘in a state of eternal adolescence’, this could be exactly what Kim needs – the ‘complete contrast to the pouting, serious-faced, cool, fashion guru Kanye.’

Here she’s even dropped to doing double denim in a bid to look like a teen and after years of posing like a beautiful waxwork that Kanye stood around scowling and/or admiring.

In the new photos taken in LA on Tuesday, Pete is dressed as comfortably as ever in a blue hoodie, jeans and trainers, and even fashion goddess Kim opted for casual double-denim for the dinner out.

But this, Judi says, is ‘casual with a vengeance’: Kim is playing the complete opposite of the woman who donned a ‘full top-to-toe gimp look on the red carpet a while ago, with no flesh showing and no obvious signs of being able to pop to the loo’.

And for famously business-savvy Kim, nothing is accidental.

‘It looks as though Kim is trying desperately to be playing image catch-up to create the idea that they are the new Hollywood power couple on the block,’ Judi suggests.

‘Here she’s even dropped to doing double denim in a bid to look like a teen and after years of posing like a beautiful waxwork that Kanye stood around scowling and/or admiring.’

Kim’s body language seems ‘more spontaneous’ with Pete than it ever was with Kanye, with Judi noting she appears to be ‘lowering her own goddess status signals to tuck herself under Pete’s arm and gaze up at him as though trying to seek his attention.’

Pete meanwhile, definitely ‘looks happy to be dating Kim’ – but has looked happy ‘to be dating most of A-B list girlfriends,’ which include the likes of Ariana Grande and Kate Beckinsale.

Despite a line of celebrity girlfriends, Pete’s use of sunglasses, cap and pulled-up hoodie in the new photographs suggests ‘he’s not quite got the hang of the A-list posing rules,’ Judi says, adding that he ‘might still be wondering why Kim is suddenly super-smitten when the cameras start flashing.’

The comedian also ‘often looks as though he can’t believe his luck with Kim,’ which for the reality star ‘might also be part of his appeal.’

Judi believes that Pete is ‘good for Kim’s brand’ as he ‘adds some edge’ and is keeping the star ‘current’, but wonders if the couple will be able to ‘meet in the middle’ for their relationship to work.

She notes how Pete appeared to ‘compromise’ at their recent red carpet event as he shaved his ‘blonde, bed-head hair’ and wore a ‘smart-ish jacket that could have been designer once’.

On the flip-side then is ultra-rich A-lister and mother-of-four Kim, with Judi asking if she would really be happy ‘to go messy, rowdy and full of fun when the fans tend to adore her signature extreme fashion choices and her signature elegance’.

Judging by the couple’s body language, Judi suggests that, for Kim, ‘Pete is a great “look-at-this-fun-side-of-me-you-never-had-the-benefit-of” statement partner when it comes to messaging Kanye’.

But, Judi says Kim must ask herself: ‘Is he a keeper?’