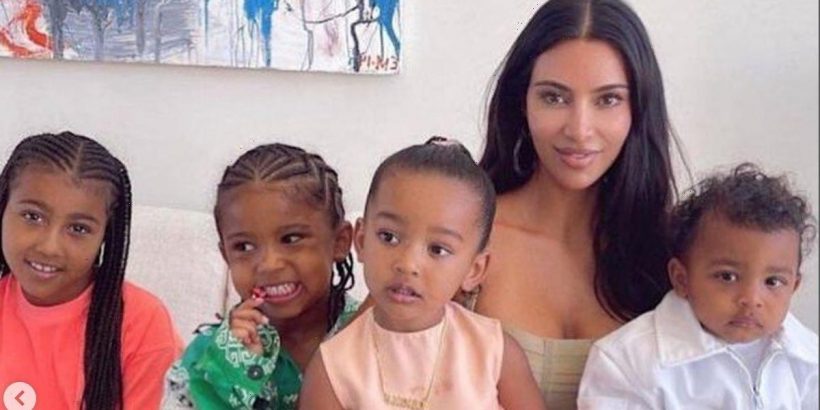 Kim Kardashian revealed the extravagant method she uses to wake her children up in the morning in a new video shared on Instagram.

With Christmas just around the corner, the reality star, 42, shared with her 334 million followers just how her family have been getting in the holiday spirit.

Kim said that she has her four children, shared with ex-husband Kanye West, wake up to songs played by Grammy-winning pianist Philip Cornish live at her home.

The Kardashians star showed footage from inside one of her children’s bedrooms as she filmed an early morning performance of We Wish You a Merry Christmas from the pianist, beside a glowing Christmas tree.

“@Philthekeys comes over every morning to wake my kids up by playing the piano while the mad morning rush is happening to calm their little souls and fill it with beautiful Christmas songs.”

The camera then panned around to Kim’s six year old son Saint, who was awaking under the covers to the music.

Kim’s video comes after it was reported this week that she has settled her divorce with ex Kanye, 45, and is receiving $200k in child support a month from the rapper.

Social media users branded the SKIMS founder as being “out of touch”, following her decision to have a pianist play at her house every morning.

“Kim Kardashian pays someone to play the piano to wake her children up in the morning. What’s wrong with just saying get the hell out of bed?!”

A second wrote: “And this is why she needs that 200k/month child support”, as a third joked: “I guess rich people don’t use Spotify”.

Another commented: “Why do I feel like North doesn’t even like this and wakes up and makes a face or makes fun of it lol”, referring to Kim and Kanye’s oldest child.

The star wrote in a statement: “As a mother of four, I have been shaken by the disturbing images.

“The safety of children must be held with the highest regard and any attempts to normalize child abuse of any kind should have no place in our society — period.”

Kim added that she is “re-evaluating” her working relationship with Balenciaga, and declined an offer to feature in the brand’s upcoming 2023 campaign.