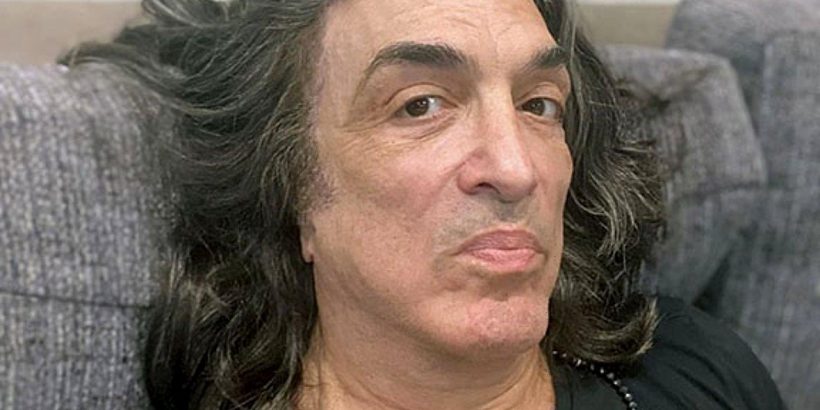 While walking through a parking lot of a West Hollywood restaurant, the musician is seen wiping his runny nose with the palm of his hand before entering the outdoor dining section.

AceShowbiz –Paul Stanley appears to have beaten COVID-19. Less than two weeks after testing positive for the deadly virus, the frontman of rock band KISS was spotted in public without his mask on.

On Monday, September 6, the 69-year-old rocker was photographed walking through a parking lot of a West Hollywood restaurant. In photos obtained by Daily Mail, the musician was seen wiping his runny nose with the palm of his hand before entering the outdoor dining section.

For the outing, Paul could be seen wearing a plain V-neck black T-shirt, acid-washed jeans and black tennis shoes. Though he didn’t cover his face, the long-haired musician held his face mask in one hand.

However, the Monday outing wasn’t the only time Paul has been seen without his mask on after contracting the virus. On August 31, a day after he claimed that he has “fully recovered,” the maskless rocker was caught on camera exiting a car and walking into the Sunset Marquis Hotel, despite claiming two days later that he was required to be isolated for “a few more days.”

“REST!! Doctor’s orders so we can hit the road running on Sept. 9th. Staying clear of people for a few more days,” Paul tweeted along with a selfie. “Do I think my ‘freedom’ ever includes jeopardizing other people’s health?… No, I don’t,” he continued.

Paul first announced his health issue on August 26. At the time, the “I Was Made for Lovin’ You” singer informed his fans that he had been sick with “flu-like symptoms” and learned that he was positive that afternoon.

Upon learning that Paul had COVID-19, his band was forced to cancel their concert in Pennsylvania on the same day Paul was diagnosed with the virus. “Tonight’s #KISS show at The Pavilion at Star Lake in Burgettstown, PA is unfortunately postponed due to Paul Stanley testing positive for COVID,” the band announced hours before the show.

After announcing their concert cancellation, KISS divulged that bassist Gene Simmons had also tested positive with coronavirus, forcing the band to cancel another four shows to allow for his recovery. “While Paul Stanley recently tweeted that he has recovered from COVID, Gene Simmons has now tested positive and is experiencing mild symptoms,” a statement read.

“The band and crew will remain at home and isolate for the next 10 days,” the note continued. “Doctors have indicated the tour should be able to resume on September 9th at Five Point Amphitheatre in Irvine, CA.”