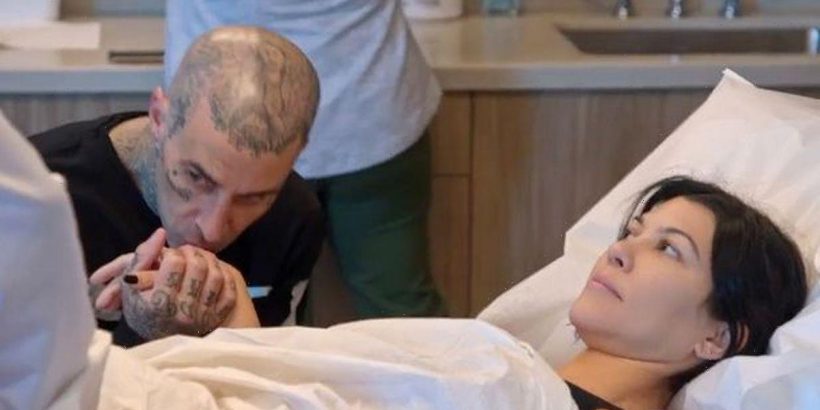 Kourtney Kardashian has shared an update on her IVF journey as she opened up on her latest egg retrieval procedure.

The 43 year old has been candid about her journey on the new The Kardashians series on Disney+ and Hulu.

Fans have already watched as the excited star, who is already mum to Mason, 12, Penelope, nine, and Reign, seven, with her ex Scott Disick, 38, spoke about her plans to have another child with fiancé Travis Barker, 46, on the series.

But in the latest episode on Thursday, which picked back up after the couple were filmed visiting the fertility clinic, Kourtney, who has been spotted wearing a gothic black veil ahead of her rumoured Italian wedding this weekend, explained to the camera that her "egg retrieval didn't go the way that we would've hoped".

"He was able to retrieve the egg but it didn't make it to the embryo stage," the mum-of-three continued. "We start back again and we are at Dr. A's office to check my follicles."

Later on in the instalment, Kourtney and Travis attended another appointment at the clinic, where Dr. A gave the couple some encouraging news.

"This is the best it's ever been. We've never gotten to this point," he said.

The reality star then shared how she and Travis try their best to "stay in the moment" with their fertility journey.

"It's nice to hear good news and have some positivity, so we love that but we just wait to hear the final thoughts from Dr. Wood once he receives my blood work and really gets to look at the follicles," the star added to the camera.

Travis and Kourtney are reportedly gearing up for a lavish wedding in Italy over the weekend.

Following their modest courthouse nuptials on 15 May, the couple are said to be marrying in a lavish ceremony in Portofino, Italy, with a host of close family and friends.

This will be the third wedding altogether for Kourtney and Travis after their unofficial Las Vegas elopement last month , as TMZ has reported that the pair have rented out a castle called Castello Brown in the European location.

The Roman-built castle sits on top of a hill and is said to be currently filled with organisers for the reported wedding, which will be four-day event preceding yet another ceremony in LA when the couple return home.

Reportedly absent from the important guestlist is Scott Disick , Kourtney’s ex partner and father to her three children Mason, Penelope and Reign.

It comes after Kourtney and her groom Travis were snapped kicking off the celebrations of their rumoured wedding in Italy on Friday with a big family dinner.

For all the latest TV and Showbiz news, sign up to our daily newsletter here.