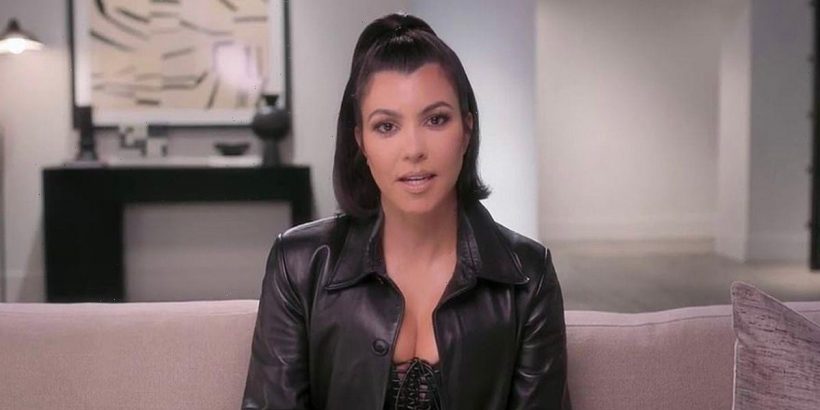 On the fourth episode of The Kardashians on Hulu and Disney+, the show unveiled the lavish engagement of drummer Travis Barker and the Kardashians star and Poosh founder Kourtney Kardashian. However, it seemed not everyone was pleased by the news.

To the dismay of Kourtney Kardashian, 41, among the few that weren’t there to witness the soon-to-be union were Kourtney’s own kids, where one child in particular appeared to be the most upset by the news of Kourtney’s announcement.

After Kardashian-Jenner matriarch Kris Jenner made the decision to exclude all three of Kourtney’s children Mason, Penelope and Reign, aged 12, 9, and 7 respectively, on account of them being "too young", Kourtney took to FaceTime to connect with her kids to tell them about the proposal.

Travis Barker, 46, popped the question to Kourtney in Santa Barbara, where the Kardashian clan and Travis’ kids Landon, Alabama and Atiana attended the celebration.

During the FaceTime call, Penelope appeared to take the news hardest, crying on the phone before ultimately requesting that her mother hangs up.

Despite the show depicting that Kourtney’s children have a loving relationship with Travis, Kourtney emphasised that perhaps had Penelope been invited to the special occasion alongside her siblings, the result would not have ended with a tearful response.

The mum-of-three even spoke to the cameras during a confession that she wished her kids were there and that "it would have made them feel more included in the decision and, like, part of the surprise"- before adding that while her mother "made that decision", she continued that "it probably wasn't her best."

Meanwhile, the father of Kourtney’s children, Scott Disick, confirmed that Mason, Penelope and Reign were "upset" for not being invited and revealed they "didn't understand why they were watching TikToks of [Travis Barker’s] kids there and they weren't."

In conversation with sister Khloe Kardashian post-engagement, Scott expressed that he would have done more to assure the kids were apart of the celebration if he were in her shoes.

Scott said: "Me, personally, if I got engaged 50 minutes away, I would have just said, 'Someone get in the car and get my kids here,' and P would have been ecstatic.

The Kardashians will be dropping new episodes every Thursday on Hulu and Disney+.

For updates on all your favourite celebs and TV shows, sign up to our daily newsletter here .