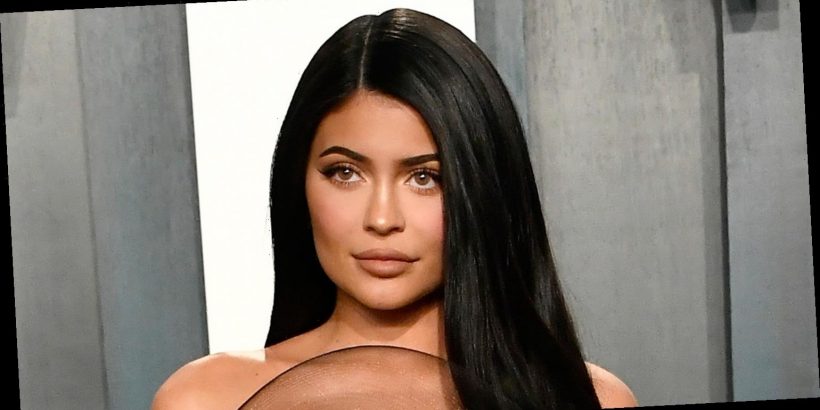 The 23-year-old Kylie Cosmetics mogul received a ton of backlash online after sharing a GoFundMe for a makeup artist who was recently in a bad car accident.

Many were to believe that this was her own makeup artist and close friend, but he is actually a friend of a friend.

Then, a source revealed that initially, her donation was made when the GoFundMe was only set at $10k, and Kylie‘s donation made it exceed that amount. The campaign’s goal was then increased.

Now, Kylie has shared a statement on her Instagram to clear up the rumors and share her side.

“I feel it’s important for me to clear up this false narrative that I’ve asked fans for money and am not paying for my makeup artist’s medical bills,” she wrote. “Sam isn’t my makeup artist and unfortunately we don’t have a personal relationship anymore but I have worked with him a few years ago and think he’s the sweetest.”

“I saw my current makeup artist and friend Ariel post about Sam‘s accident and his family’s gofundme and I called Ariel immediately to see what happened to Sam,” Kylie continued. “After learning in more detail about the accident, it compelled me to visit his gofundme which was set at 10k. They had already raised 6k so I put it in 5k to reach their original goal and though i’d post on my stories to gain more awareness if anyone also felt compelled to share or donate.”

“I don’t know how all of this got so twisted but his family has reached out through Ariel and are very appreciative of all the donations, prayers, and love towards Sam,” she said. “Anyone that knows me knows that I do things from the heart and I try to be helpful whenever I can be. Let’s all try to stay positive and keep Sam, his family, and anyone you know who is going through a difficult time in our prayers. I hope every one has a beautiful day.” 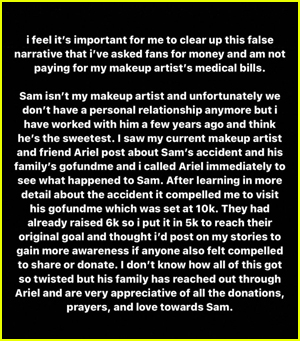 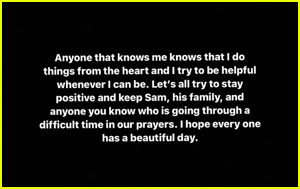