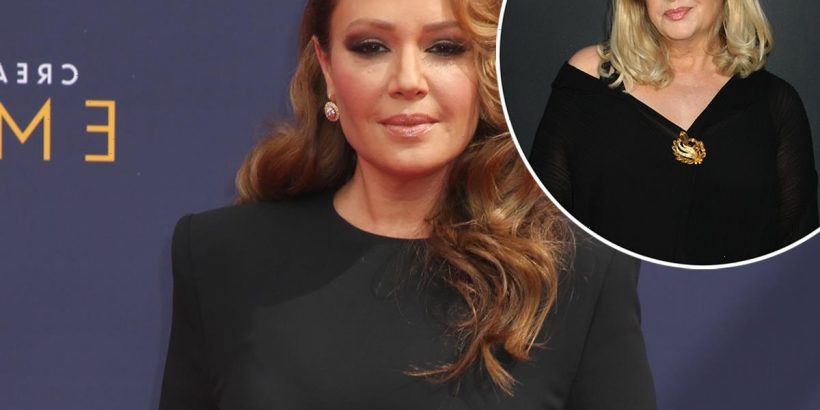 Leah Remini is speaking out on Kirstie Alley’s death following their complicated history.

For years, the two women have had a tumultuous relationship ever since Leah departed from Scientology in 2013. Kirstie, who had been a member of Scientology since 1979, previously clapped back at her claims that the church retaliates against those who defect, telling Howard Stern:

“First of all, I just want everyone to know I have hundreds of friends who have come into Scientology and left Scientology. You are not shunned, you’re not chased. All that stuff’s bullshit. When you’re generalizing and when your goal is to malign and to say things about an entire group… when you decide to make a blanket statement that Scientology is evil, you are my enemy.”

The Emmy winner also told the radio personality that Leah’s condemnation of the church was “repulsive,” adding:

“I have blocked her on Twitter. Because she’s a bigot!”

In 2015, the Second Act star then claimed to Howard that Kirstie “couldn’t talk” to her if they ever saw each other because she was “shunned.” The following month, Kirstie slammed her for being “very critical” of the organization, telling the radio personality:

“If a lot of people are rejecting you, at some point you gotta ask, ‘What am I doing?’ I mean, that’s what I would have asked myself.”

They’ve continued to clash in other interviews and on social media many times since then. Despite their feud over Scientology, the 52-year-old actress told Rolling Stone in an interview published on Tuesday that she is still saddened by Kirstie’s passing, saying:

“The news of Kirstie Alley’s passing is very sad.”

Leah then added that she is thinking of the Look Who’s Talking star’s two children – True and Lillie Stevenson, whom she shared with ex-husband Parker Stevenson – during this difficult time:

“Although Scientologists don’t believe in prayers, my prayers do go out to her two children, who are now without their mom. I hope they can, one day, free themselves of this dangerous and toxic organization.”

As you know, Kirstie’s kids announced the tragic news of their mom’s passing on her social media accounts Monday. They revealed she had been receiving treatment at Mat Moffitt Cancer Center in Tampa, Florida but ended up losing her battle with cancer, writing:

“We are sad to inform you that our incredible, fierce and loving mother has passed away after a battle with cancer, only recently discovered. She was surrounded by her closest family and fought with great strength, leaving us with a certainty of her never-ending joy of living and whatever adventures lie ahead. As iconic as she was on screen, she was an even more amazing mother and grandmother.”

The following day, a rep for the 72-year-old Cheers alum confirmed she had been diagnosed with colon cancer. Interestingly enough, Kirstie is the third celeb member of Scientology to pass away from cancer in the past couple of years, joining Kelly Preston and Chick Corea. And while the Veronica’s Closet actress “only recently discovered” her illness, Leah commented on the controversial church’s founder L. Ron Hubbard’s criticisms toward western medicine:

“While it has been reported that Kirstie sought conventional cancer treatment, which gave her a fighting chance, the majority of Scientologists do not seek treatment until it’s too late. Scientologists are convinced they can cure themselves of diseases like cancer. It’s one of the more sinister things they promise. And because Scientology claims to be an exact science, not a faith, its members are brainwashed into believing these false claims as guarantees.”

Thoughts on Leah’s comments, Perezcious readers? Let us know in the comments below.