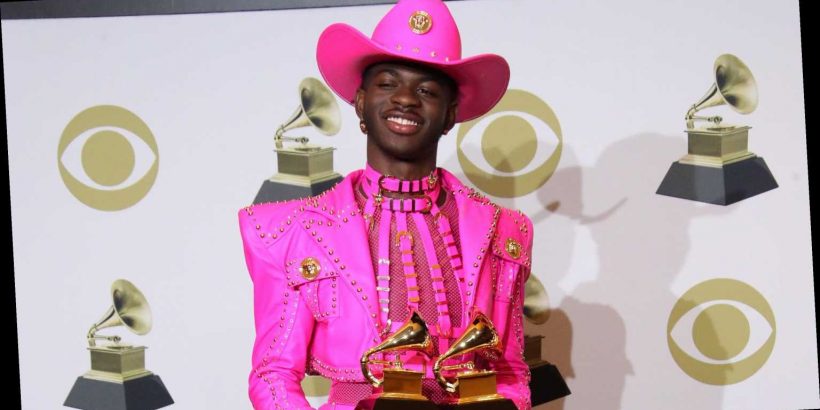 Lil Nas X is standing by his controversial latest creation: the Satan Shoes.

The “Old Town Road” artist collaborated with the Brooklyn-based streetwear company MSCHF on the limited Satan Shoes release. Only 666 pairs of the shoes went on sale Monday for $1,018, according to NBC News and The New York Times.

The controversial, modified Nike Air Max 97s are decorated with a pentagram pendant and a reference to Luke 10:18, a Bible verse about Satan’s fall from heaven. The shoes each contain a drop of human blood, drawn from members of the MSCHF team, in the sole, according CNN and NBC News reports citing a company spokesman.

In an emailed statement to USA TODAY, Nike said it was not involved in the creation or release of the sneakers.

“We do not have a relationship with Lil Nas X or MSCHF. Nike did not design or release these shoes and we do not endorse them,” the company said.

The shoes follow the release of Lil Nas X’s devil-themed music video for his song “Montero (Call Me by Your Name),” the title track for his upcoming album. In the video, Lil Nas X gyrates on Satan’s lap.

Rapper Joyner Lucas criticized Lil Nas X for his latest song, tweeting that “the biggest problem for me is the fact he don’t understand ‘old town road’ is every kids anthem.”

“Children love him for that record,” Lucas said. “They tuned in and subscribed to his channels. So with no disclaimer he just dropped some left field ish & all our kids seen it. smh.”

I think the biggest problem for me is the fact he dont understand “old town road” is every kids anthem. Children love him for that record. They tuned in and subscribed to his channels. So with no disclaimer he just dropped some left field ish & all our kids seen it. Smh

Lil Nas X responded sarcastically to the uproar on social media about the shoes by posting a YouTube video on Sunday called, “Lil Nas X Apologizes for Satan Shoe,” which was actually a video cut of him dancing provocatively with Satan.

USA TODAY has reached out to Lil Nas X and MSCHF.

“Our kids are being told that this kind of product is, not only okay, it’s ‘exclusive.’ But do you know what’s more exclusive? Their God-given eternal soul,” Noem wrote Sunday. “We are in a fight for the soul of our nation.”

ur a whole governor and u on here tweeting about some damn shoes. do ur job! https://t.co/qaor6W0B9C

Lil Nas X responded to the tweet, writing, “(You are) a whole governor and u on here tweeting about some damn shoes. do ur job!”

Line has to be drawn somewhere. Smh. https://t.co/89bSqfPtyE

Lil Nas X tried to get in the last fashion word about the product on Twitter.