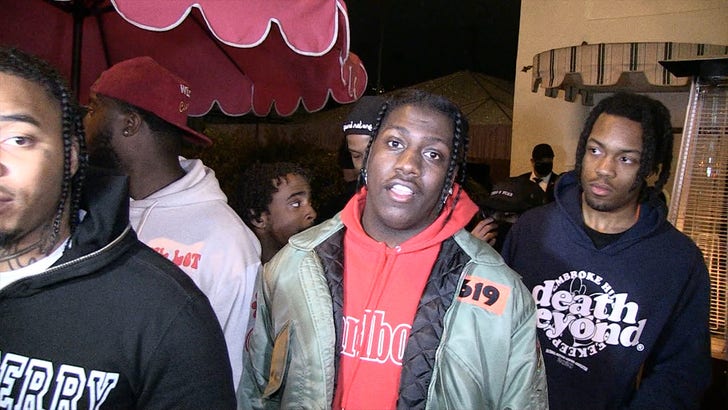 Lil Yachty doesn’t think boycotts in Georgia will help change new, oppressive voting laws in his home state … but he’s got advice for people worried about getting to the polls.

We got the Atlanta rapper leaving dinner at Delilah in WeHo and asked about the impact of Major League Baseball, Hollywood productions and other big businesses pulling out of Georgia in protest over new laws that make it harder to vote … mostly for people of color.

Lil Yachty says the boycotts won’t last forever, and he thinks they won’t actually do anything to sway lawmakers to jettison the law they just enacted … because the Peach State is just too stubborn.

Yachty tells us why he’s not worried about a business exodus hurting Atlanta’s economy … and he offers some sage advice for voters as they adjust to the new landscape.