Call this ‘The One Where Lisa Kudrow’s Son Graduates’ because the ‘Friends’ star was left ‘crying’ in joy as she watched her boy, Julian Stern, become a graduate!

“Happy proud HAPPY,” Lisa Kudrow captioned the photo she posted on Sunday (May 16). In the shot, Lisa, 57, hugs her son, Julian Stern, after the 23-year-old graduated from the University of Southern California. Both Julian and Lisa are all smiles, and she said that along with her happiness, there was “a little crying. By me, not him. .. @juls_magewls”

Lisa recently spoke with Conan O’Brien about raising her son at the height of her stardom, including one unique struggle. “He got a little confused. I know that he was really was obsessed with [Jennifer Aniston],” said Conan. “He’d fly into her lap,” replied Lisa. “Well, she’s a love bug, and that made sense. And I was always glad for anyone that Julian felt love for and felt from. But then at home, she’d be on TV, and he’d go, ‘Mommy!’ I’m kind of analytical so I’m like: ‘Is this wishful thinking? Do they have some kind of higher soul connection that I don’t have with him?’” 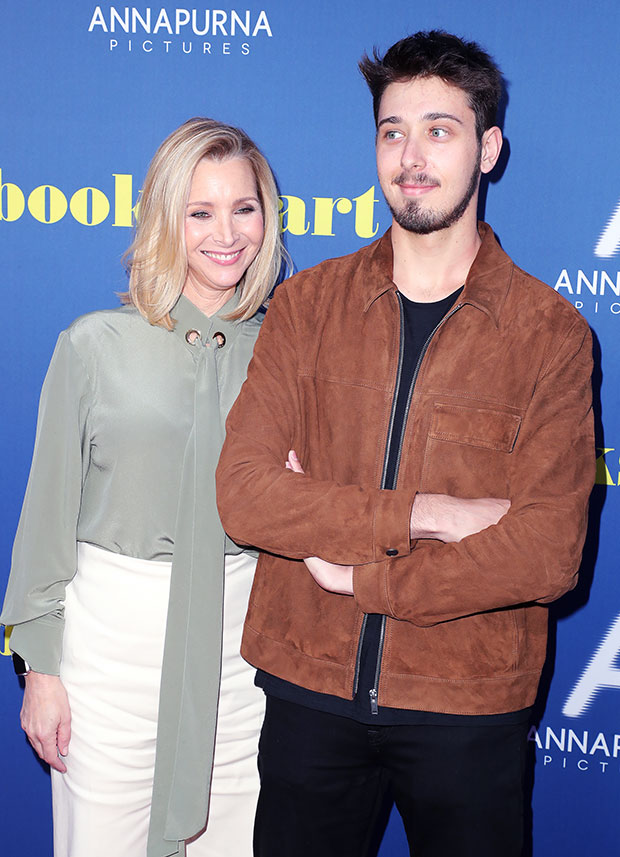 The love came not just from Jen, but from the entire Friends cast. Lisa’s pregnancy was famously written into the show – her character was a surrogate for her brother’s baby before ultimately giving birth to triples – which allowed for tender moments backstage. “The six of us would do a huddle backstage and just say, ‘All right, have a good show, love you love you love you love you,’” Lisa told PEOPLE in 2018.  “And when I was pregnant, then they would say, ‘Have a great show, love you love you — love you, little Julian!’ ‘Cause, we knew it was a boy, and that was his name. So sweet, they included my little fetus in the huddle.” And now, he’s all grown up.

Fans can likely expect more stories like this when the Friends reunion airs on May 27. “There’s different facets to it, and we already shot packages of things. I pre-shot something for it already, so we’re definitely doing it because I already shot a little something,” Lisa said on Rob Lowe’s podcast in January. “It’s not, like, a scripted thing. We’re not portraying our characters. It’s us getting together, which just doesn’t happen a lot and has never happened in front of other people since 2004 when we stopped. I think it’ll be great.”