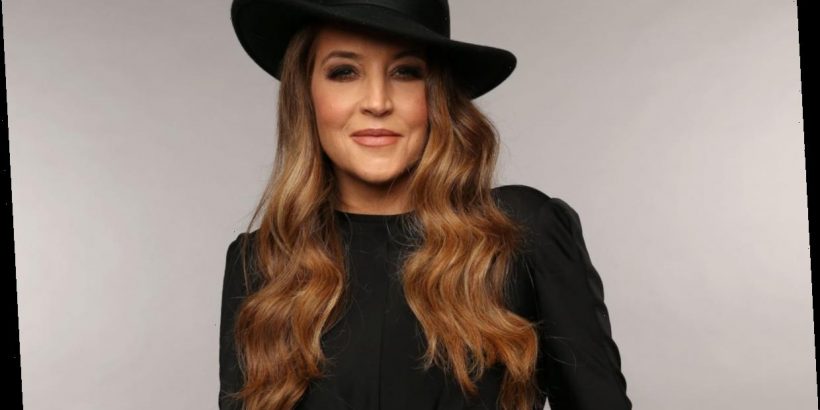 When Elvis Presley died of a heart attack at his Graceland estate in August 1977, his only child, Lisa Marie Presley, was just 9-nine-years old. Though she was young, Lisa Marie quickly learned of the magnitude of her father’s fame when crowds of people gathered outside of Graceland to pay their final respects to the King of Rock and Roll.

On the day of his funeral, thousands of fans were allowed inside Presley’s home to catch one last glimpse of the late pop legend. But before the viewing became open to the public, Presley’s family spent some time saying their goodbyes in private, and it was during that quiet moment little Lisa Marie placed a special parting gift inside her late father’s casket.

As one of the world’s biggest superstars, Presley’s death shocked fans across the nation. After it was announced that he had died at the age of 42 inside his home in Memphis, Tennessee, many rushed to the Graceland estate to pay their final respects to the singer.

Though Presley’s family preferred for his funeral and burial to be private, his father, Vernon, overruled everyone and insisted on a public viewing so that the fans had their chance to say goodbye.

On the day of the singer’s funeral, thousands of people gathered outside his beloved Graceland to view his open casket. Reports at the time said the line to attend the public viewing stretched for miles and that people waited hours in 90-degree heat to catch a glimpse of the late icon.

But before fans were allowed inside the home to pay their final respects to the “Hound Dog” crooner, Presley’s close friends and family were given a private moment to say their goodbyes — and it was during this time Presley’s nine-year-old daughter, Lisa Marie, made a very personal request to the funeral director, Robert Kendall.

While the rest of the family paid their respects to Presley on the day of his funeral, Lisa Marie asked Kendall if she could give her father one last gift that he could keep with him always.

According to the Outsider, the young girl approached Kendall and asked, “Mister Kendall, can I give this to my daddy?” before holding out her hand and showing him a thin metal bangle bracelet.

Though it was a sweet gesture, Kendall and Lisa Marie’s mother, Priscilla, were afraid someone might take the bracelet as a souvenir and tried to dissuade the little girl from leaving the accessory in Elvis’ casket.

However, Lisa Marie was determined to give the bracelet to her father, and eventually, Kendall agreed to let her leave her gift. He then walked little Lisa Marie to the coffin and asked her where she would like the bracelet to go. She pointed to her own right wrist. Kendall then lifted Elvis’ right arm and slipped the piece of jewelry on his wrist.

As Lisa Marie left the room, Priscilla Presley asked Kendall to conceal the bracelet under Elvis’shirt sleeve to prevent someone from stealing it.

After the bracelet was out of view, the public was invited inside Graceland to say goodbye to Elvis for the last time. Those at the event estimated that over 30,000 people came through the home to pay tribute to The King.

Although the viewing hours were extended, not even half of those who waited outside could pay their respects. However, an estimated 80,000 people later lined the processional route to the cemetery where Presley would be buried.