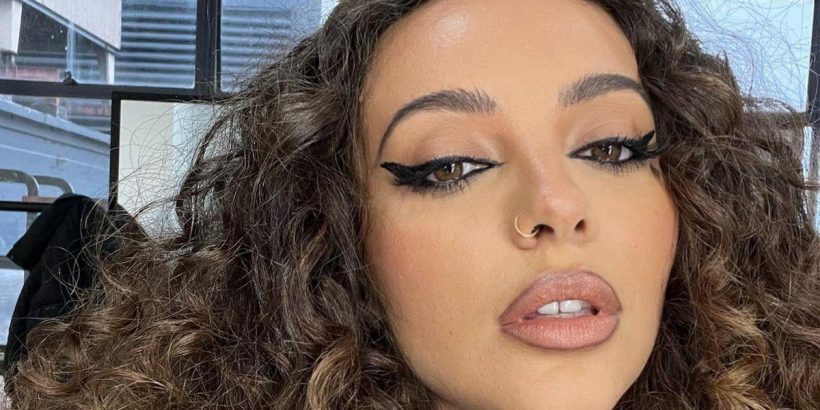 Jade Thirlwall has hilariously reacted toLittle Mixconcert-goers spotting her giving the middle finger to her brother in the crowd.

A fan took to Twitter to call out the singer for her amusing gesture during one of their concerts on their ongoing Confetti tour.

They tweeted: “Please. I HAVE to know why Jade Thirlwall dropped the middle finger last night to someone in the crowd”, followed by two laughing face emojis.

Jade, 29, then used the official Little Mix Twitter account to reply, where she revealed that it was her brother whom she stuck her middle finger up at.

“It was my big brother,” she wrote. “Even the stage can’t stop me winding him up haha”.

Jade then shared the tweet to her personal Instagram Story, and tagged her brother in it alongside a laughing emoji.

The singer hasn’t just been causing mischief while on tour however, as the other weekJade was praised for making sure a fan in the crowd was okay.

Jade was performing with her bandmates Leigh-Anne Pinnock, 30, and Perrie Edwards, 28, in Dublin when she noticed a female fan was struggling.

In a TikTok filmed at their gig on Wednesday night, the songstress – who isdating Rizzlekick's Jordan Stephens– stopped mid-song and told a group in the crowd to “be still” while the the fan was being attended to.

The person who shared the clip captioned the video: “I hope the girl was okay.”

Someone replied to the video: “I was one of the first aiders covering that concert. The girl was ok!”

Jade’s actions come afterten people tragically died at a Travis Scott concertlast year after being trampled in the crowd.

Back in February, Jade's bandmate Leigh-Anne marked six months since the arrival of her “miracle twins”, whom she shares with fiancé Andre Grey.

Wearing a super short green jacquard dress and a matching jewel around her neck, the band member beamed as she posed next to her children for a photo – her dark curly locks loose and cascading down her shoulders.

The babies were sat in matching sage green pushchairs and Leigh-Anne chose to keep their privacy intact as she placed two large baby head emojis over their faces and upper bodies.

Over the top of the cute snap, the star shared how emotional she felt to mark the milestone.

"My miracles are six months," Leigh-Anne posted next to a teary-eyed emoji.

"How did that happen?" the star added, who has decided to keep the names and genders of her babies secret.

Meanwhile,Perrie is a proud mum to a little boy named Axel.

For updates on all your favourite celebs, sign up to our daily newsletter here.