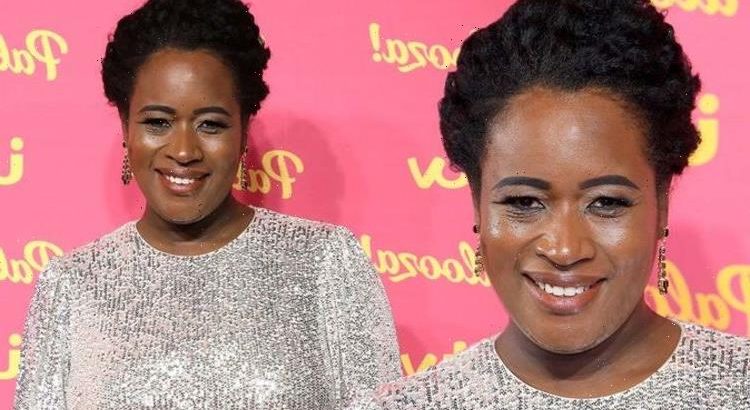 Charlene White admits she 'crumbled' after resonating with poem

Charlene White, 41, made history in 2014 as she became the first black woman to present ITV News at Ten. The Loose Women panellist has looked back on the moment she was offered the role during a conversation with Kate Thornton on her podcast, White Wine Question Time.

Charlene admitted she was inebriated when she received the call.

She explained: “My boss, Robin, was shouting from the rooftops because he was a massive supporter of mine.

“He still is even though he’s retired.

“He called me to ask. He was like, ‘Hi, Charlene. We’ve got a gap in the rota at News at Ten coming up in about two or three weeks and just wondered if you’d like to do it’.

“The problem was, Kate, that I’d been at an awards ceremony all day so I’d been on Prosecco and champagne for hours.”

Kate then burst into laughter as Charlene described the moment.

Charlene went on: “I then left the awards ceremony to go to a leaving do around the corner from work, and by that point I’d had another two gin and tonics.

“And then my boss calls.

“So when he said that I couldn’t quite get my head around it.

“I’m like, ‘Alright. Wow, gosh, that sounds incredible, but I’ll be honest with you, I’ve had quite a bit to drink, so I can’t actually really decipher what is going on. I’ll tell you what, how about I come into your office tomorrow and we talk about it some more.’

Kate then enquired whether she remembered the phone call when she woke up.

Charlene explained: “Well, I was a bit shocked and I remember dad… My dad was like, ‘Oh, yes, that sounds amazing.’

“And then I called my friend Jackie and she squealed and she said, ‘So, what’s going to happen?’

“[I said,] ‘I don’t really know because I didn’t bother finishing the conversation.”

Now, Charlene has taken part in a new documentary entitled Charlene White: Empire’s Child, which explores her Jamaican heritage and how the legacy of the British Empire shaped her family’s history.

Charlene’s family came to the UK as part of the Windrush generation.

Through the documentary, Charlene found out that one of her ancestors was a slave owner and even enlisted his own children as slaves.

She also traced her four-times great grandparents and discovered that they were among the first Jamaicans freed from slavery in 1834 when it was abolished.