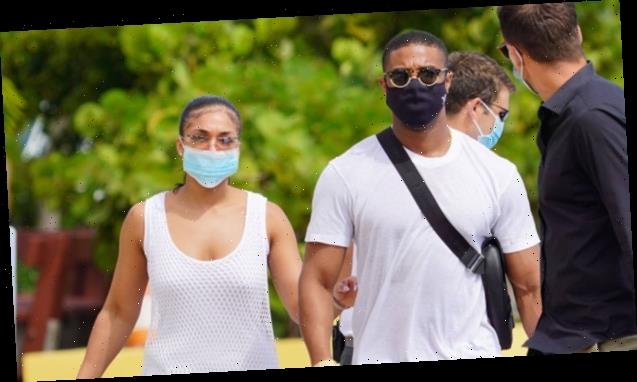 Lori Harvey thinks BF Michael B. Jordan looks like a snack in a new photo of him shirtless during their St. Barts getaway. She made a sexy comment about how good he looks in the IG snapshot.

Michael B. Jordan is still enjoying his St. Barts yachting trip with girlfriend Lori Harvey, and the 24-year-old let the world know that she finds the sight of him shirtless absolutely delicious. The 33-year-old actor shared a photo to Instagram on Jan. 28, where he was laying on the deck of a yacht with the blue sea and island in the background. Michael had on only shiny yellow trunks, as his muscular shirtless body glistened in the sun. Lori made sure the world knew how much she liked the snapshot, commenting, “Mm mmm mmmm” along with a drooling face emoji and a tongue sticking out.

Michael was in a reclined position while smoking a cigar on the boat’s cushioned-filled sundeck. His pecs and shoulders were positively bulging, causing a number of fans to comment on needing to get up to speed with their own workouts on those body parts. The 2020 Sexiest Man Alive rocked a gold watch along with several gold chains and a pendan. Michael looked like the picture of luxury, lounging on a yacht with the incredible scenery around him in the Caribbean.

Lori and Michael have been documenting their yachting vacay that the couple is on with her step-dad, Family Feud host Steve Harvey, 64. She has shared Instagram photos in sexy swimsuits and credited Michael with taking the snapshots. Lori also shared and Instagram video wearing a gorgeous bikini, as the shirtless Black Panther star came along and started kissing Lori’s cheeks then headed down her neck with sweet pecks.

Michael didn’t caption his latest shirtless yachting photo, after sharing a series of similar snapshots on Jan. 24, asking for “Spf 1000 pls” and noting that Lori took his hot yacht pictures. For his latest photo, fans had plenty of thoughts about the hot new couple, who were first spotted flying into her hometown of Atlanta, GA together on Nov. 24, 2020, just before Thanksgiving.

Fan @adji_ba gushed, “Miss Lori is truly blessed,” next to Michael’s yellow swim trunks shot. User @mmdubz noted, “Don’t f**k this up Lori Harvey,” as Michael is such an incredible catch. User @capricorn.hornss commented, “Yes we know, you and Lori were on a boat together. We get it now,” while @sabrinakvictor joked, “Now you’re just showing off. Don’t be so rude! Miss you, call me? Don’t tell Lori tho.” 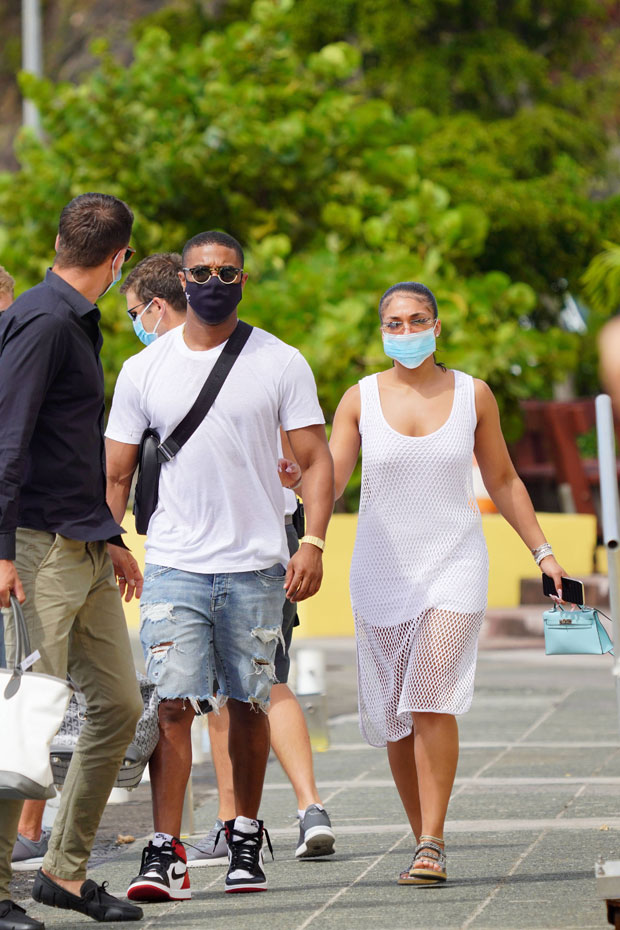 Michael B. Jordan and girlfriend Lori Harvey strolling in the port during their vacation in St Barts on Jan. 18 2021.  Photo credit: MEGA.

Other fans have noticed a definite change in Michael’s posting habits since he and Lori became an item and went Instagram official on Jan. 10, 2021. He’s been open about his affection for Lori and documenting their jet-setting ways. User @simp2live noted, “Remember when Michael was more private?” while @ellebrown wrote, “he ain’t never post this much.” That caused fan @suga2cuit4you to claim, “he showing off.” Why not? He’s living the good life with a gorgeous girlfriend on a yachting getaway in the Caribbean, while looking so darn handsome! Who wouldn’t want to show that off?