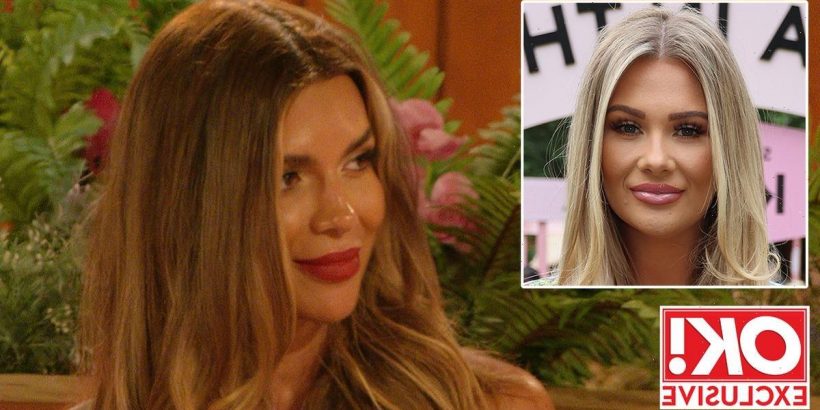 Hi guys, it’s Shaughna Phillips, and I’m here with some more Love Island gossip after another eventful week in the villa!

There was a lot going on in last night’s episode. If you missed it, you’re going to be so confused when you next tune in. Firstly, let’s start with Ekin-Su Cülcüloğlu and Jay Younger. We saw a really calm Ekin-Su when Jay first told her he wanted to get to know Paige Thorne. And then she came back and suddenly she was on one!

One minute she was fine, and then she disappeared and started talking to herself in the bedroom, and then it kicked off. But I’m not complaining. As a viewer, it’s brilliant to see.

I do think Ekin-Su has a right to be annoyed. Maybe I just have rose tinted glasses on because I love her so much, but I do understand what she was saying. When Jay came in, he never once said to her that he wanted to get to know Paige. He knew there was absolutely no chance of Paige choosing him at the recoupling, so it does seem pretty strategic and calculated.

I don’t know why Jay thinks Paige would go for him when he was totally focused on Ekin-Su and has now decided to change. Nobody wants to be caught up in that drama. I felt sorry for Paige because she was in the middle of it all, and she didn’t really have a clue what was going on.

I feel like Paige really likes Jacques O'Neill, so it would take someone very special to come in and change that. I must admit, I’m on the fence about Paige and Jacques. I thought it seemed really genuine when he was comforting her in the dressing room when she was in tears, but I see red flags.

The first one for me was when the Islanders received the text about a couple going to the hideaway and he instantly shouted for someone else to go in there.

And then he also made a comment about her dress, and she said that it was the first compliment he’s ever given her. So that has obviously been playing on her mind. When you’re in there, you do compare your situation to other couples.

Gemma Owen and Luca Bish are very tactile, and when you’re around that in there, you do notice it and it does make you question things. But then we have seen Paige and Jacques loved-up in bed. It’s a hard one to call!

I also didn’t like the way Jacques was defending Jay. I get that Ekin-Su must be a lot and she’s quite full on, but they’re all in there for a TV show – not a holiday. I feel like sometimes I see some of the Islanders giving her funny looks, and I think, “Oh my God, just play the game!”

I thought it was really mean when Jacques called her a headache. I found it nasty. Not one person stood up for her – and I didn’t like that. She had her feelings hurt, and then she had people justifying it.

I resonate a little bit with Ekin-Su. I probably am quite strong and I come across like I can stick up for myself, and that’s all well and good, but I feel like we’re hard on the outside but absolute marshmallows on the inside. I think she would have really appreciated someone sticking up for her in that situation.

One of my Twitter followers pointed out that it will be interesting to see if Tasha Ghouri decides to get to know new bombshell Charlie Radnedge and stray from Andrew Le Page – and if the Islanders will be as mean to her as they were to Ekin-Su when she decided to leave Davide Sanclimenti for Jay.

I actually like Tasha and Charlie together. I feel like Tasha is quite fiery, and she has sex appeal without even trying. I think Andrew is a bit too sweet for her. Although it did seem like they were a strong couple, I do think her head can be turned easily. I hope she doesn’t worry about how she looks on the outside – she should just go with how she’s feeling.

I think more heads will turn when it comes to Casa Amor, which will be returning soon. Although I don’t think Dami Hope’s will, which is wild, as he’s technically not even in a couple right now! He hasn’t been with Indiyah Polack for very long at all, but they do seem smitten. I think they’re one of the most natural couples in there and I think they’re potential finalists.

It was sad to see Amber Beckford and Ikenna Ekwonna leave the villa. But I don’t think there should be any bad blood between any of them at all. We could see that Amber and Dami weren’t a compatible match, and neither were Indiyah and Ikenna.

I’m also certain that Luca’s head won’t turn as he’s totally focused on Gemma. He’s definitely not missing out on that chance to meet Michael Owen!

I feel quite scared for Casa Amor. When I watched the recoupling last year, it actually gave me anxiety and I had a bit of a mini panic attack. It’s a hard watch.

But I am excited for the recoupling tonight. I don’t think new bombshells Danica Taylor and Antigoni Buxton have been given much of a chance yet.

They haven’t really had the chance to speak to anyone romantically, apart from Davide. And he only kissed Danica to give her the “Davide experience”, which is insane! He won’t find anyone in there because the person he’s looking for is himself. He’s in love with himself, and fair play to him. I must admit I can’t stop watching him!

It will definitely be interesting to see how it goes down at the firepit. It depends what order they make the Islanders choose in.

They get told what order to sit in from left to right. And while I never got a vibe about who was going to be dumped, I 100% knew what was happening during my Casa Amor recoupling.

I knew Callum Jones was going to come in with another girl because my name was called out last, and the last one is always a shocker.

Also, I was sitting next to Luke Trotman and the producers told him to move over to make more room. I think they were doing that to throw me off to make me think that Callum was going to come back and sit next to me, but I wasn’t falling for it!

I think both Danica and Antigoni could be vulnerable. While I don’t want Danica to leave and I do like her, I think Antigoni should stay as she needs more time. But anything could happen!

Love Island continues every night at 9pm on ITV2.