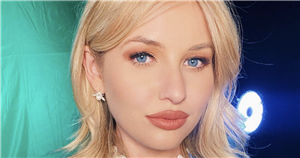 Amy Hart has revealed she doesn't regret going into the Love Island villa as it "saved her life".

The 28 year old reality star competed in the 2019 series, but left the villa early after her romance with Curtis Pritchard ended.

Nearly two years on from her time in the Majorcan villa Amy, who recently shared plans to undergo solo IVF next year, has revealed she's often quizzed on if she regrets taking part in the series.

But, she revealed that her time on the show actually saved her, with thanks to the ITV2 show's aftercare team.

Speaking to the Sunday Mirror, Amy explained: "Everyone says, 'Is Love Island the worst thing you’ve ever done for your mental health?'

"And I say, no, it’s actually the best thing I’ve ever done for my mental health because I would never, ever have had those tools. I would never have known anything was wrong.

"I suffer with anxiety but I didn’t know until Love Island.

"After I found out my brain is like, ‘You’re not good enough, you’re a failure, you’re ugly’, I have been able to completely turn my life around, thanks to the ITV aftercare team."

Amy, who recently bought her first home, enjoyed her time in the villa so much that the former air hostess would be up for returning.

"I ’d love, after eight months of therapy, to show the person I am now I would enjoy it more."

Following their breakup in the Love Island villa Amy recently revealed she and her professional dancer ex Curtis, 24, are on good terms.

Amy previously explained to OK! that while they don't speak every day, they do get along and enjoy each other's company now.

"I mean, we don't speak often. We message occasionally, just to check in," she said.

The stunning brunette added: "But I think, you know, I enjoy working with him because he's like me.

But, when asked about about a potential rekindling of a relationship she immediately shut it down as she replied: "No, I don't think so".