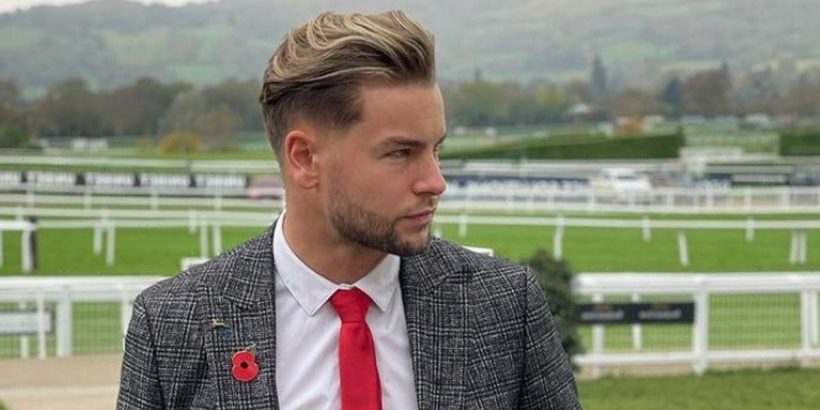 Chris Hughes has shared his devastation as he revealed his rare golf clubs were stolen from the back of his black BMW car.

The Love Island star, 28, shared his shock as he posted a photo of his smashed back window of his car and photos of the stolen golf clubs on his Instagram page to appeal for help.

Chris, who recently opened up on his fertility worries, explained his treasured golf clubs were "almost unsellable" because they are so rare.

The golf fanatic appealed to his followers for help as he wrote in the caption: "Friends/golfing friends, PLEASE keep an eye out.

"Car broken in overnight. Only reason I’m posting this is because these should almost be unsellable in the respect of the rarity of these just floating around for sale.

"Left Handed Cobra Copper Forged irons, driver, 3 wood and 3 iron, hardly any sets of these kicking around the country.

"Just hope you can all keep an eye out, appreciate it" followed by a white heart emoji.

He then ended the caption with: "ps I really had a love affair with these clubs" followed by a crying face emoji.

Gaz Beadle wrote: "Scum mate hopefully u get them back". While Gabby Allen added: "Oh ffs" followed by a crying face emoji and red heart emoji.

Chris rose to fame on Love Island in 2017, but has since embarked in a career in presenting and regularly presents horse racing.

But, he also has a keen interest in golfing and is even dating pro-golfer Annabel Dimmock, and has a tattoo dedicated to his girlfriend.

Opening up on their romance in August this year, Chris said: "I met her on the golf course, spent a lot of time together and yes, it was lovely. We get on well with each other.

"Obviously, I've met loads of girls over the last however long and you talk to people but I've never got that buzz with anyone, since my last relationship.

"I’ve never had that buzz, so for someone to come along, this one feels different."

Before his romance with Annabel, Chris dated Jesy Nelson began dating in 2019 and split in 2020 after they "grew apart".

He previously dated Olivia Attwood, who appeared to make a dig at Chris recently, after meeting in the Love Island villa in 2017 before splitting in 2018.

To stay up to date with all the latest news on Chris Hughes, sign up to our daily newsletter here