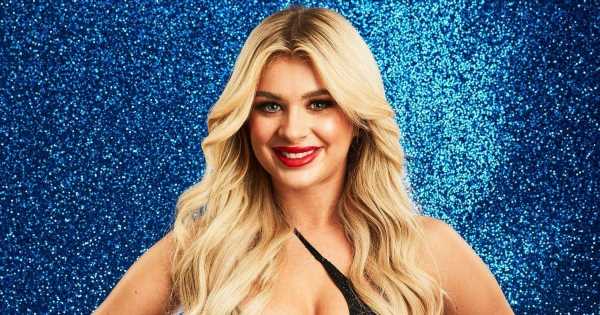 Love Island star Liberty Poole has been named as the favourite to win Dancing On Ice 2022.

The reality TV star was confirmed as taking part in the series on Tuesday morning, with bookies soon deciding that she's likely to take the crown.

Ladbrokes are currently offering odds of 3/1 on Liberty winning the figure-skating series, while the former rugby player Ben Foden is at 6/1 and Regan Gascoigne, son of footballer Paul, is at 8/1.

In the latest betting figures, Paralympian Stef Reid is a 10/1 shot, while 20/1 says Bez from the Happy Mondays wins and Corrie's Sally Dynevor lags behind at 25/1.

Jessica O'Reilly of Ladbrokes said: "Given Liberty's family history on the ice it has easily installed her as the clear favourite to emerge as the 2022 champion." Liberty is the fourth star to join the line-up for the notoriously difficult talent show.

The star revealed the exciting news to her 1.5 million followers on Instagram on Tuesday with a glitzy photo of her captioned: "I’m going to be learning to dance… on ice! Wish me luck!"

The former Nando’s waitress, who has just signed a £1 million deal with In The Style, continued: "So excited to join the show that I’ve loved watching for year’s @dancingonice @itv," with two star emojis and an ice skating shoes emoji.

The ex-Islander joins three other confirmed contestants for the show including Paralympian Step Reid who shared his excitement earlier on Tuesday.

Liberty won the nation’s hearts when she entered the Love Island villa earlier this year.

The 21 year old coupled up with Jake Cornish, 24, but they parted ways days before the final as the star wanted to be “true to herself” and the duo felt they' reached the “end of the journey.”

Liberty later told OK! that the two are civil, but she’s working on herself right now not her love life.

Stay up to date with all the latest Dancing on Ice news by signing up to OK!'s daily celebrity newsletter.