For Luca, director Enrico Casarosa wanted to show how friendships impact children in most positive ways. Based on his own memories of meeting his childhood best friend, Luca is about how a real connection can change a lonely child’s life.

Luca tells the story of a young sea monster, named Luca, who has been living a sheltered life under the water. A chance encounter with Alberto, another young sea monster who lives by himself on the land, leads Luca to discover his ability to take human form while outside of the water. The boys become fast friends and experience a life-changing summer in the town of Portorosso. Growing up in Genoa, Italy, Casarosa used the Italian Riviera as an inspiration for the setting, as an Italian fishing community with folklore of sea monsters. 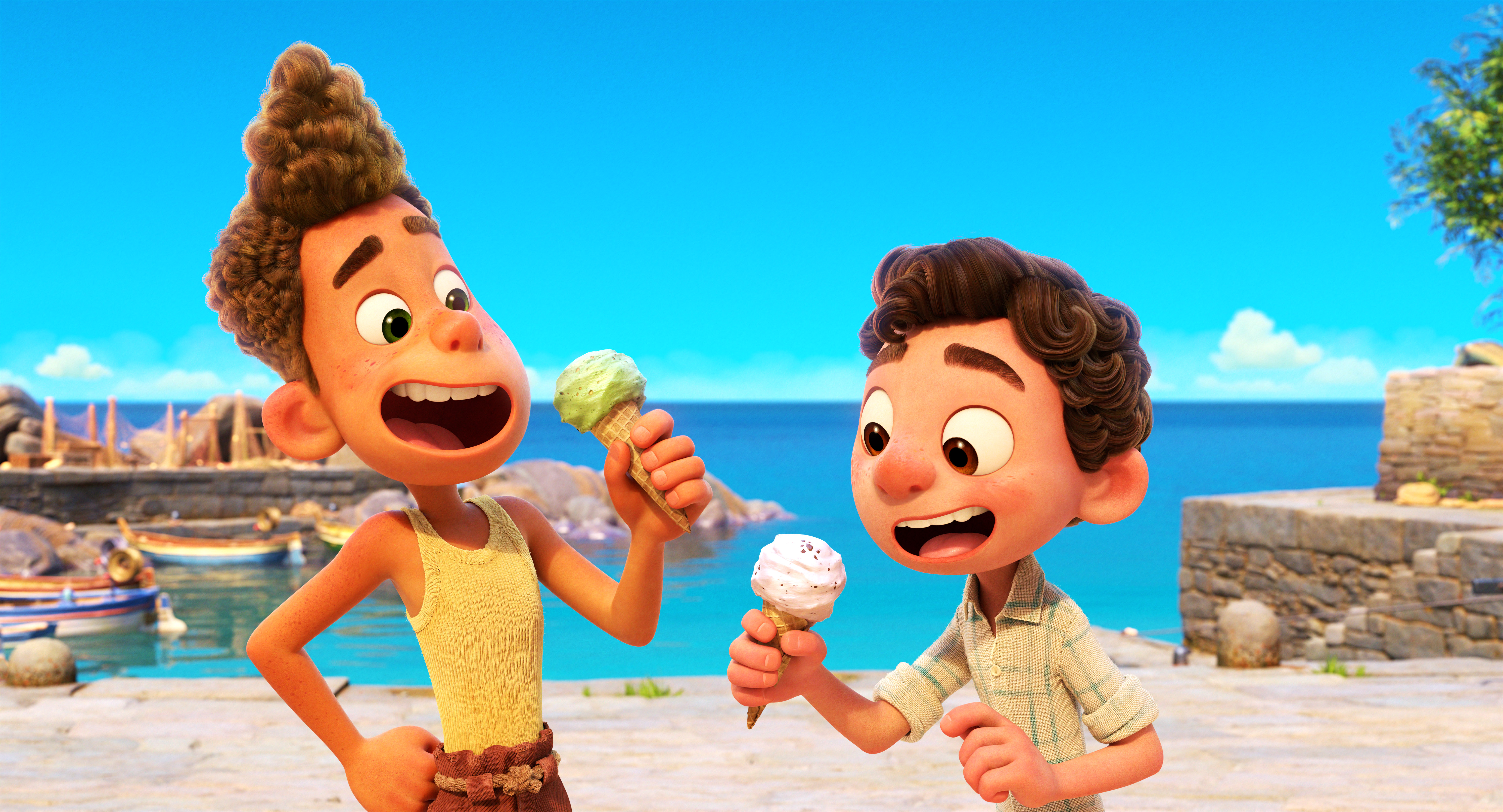 DEADLINE: What inspired you to make the film?

ENRICO CASAROSA: For this one, it was the memory of my best friend and I. Him being this very free troublemaker really helped me, being more of a shy, timid kid, to come out of my shell. The friendships we have with people that are very different from us is something that so many of us have had experience with. So, that was the personal core which we always look for. And then the other side was growing up in that area. I grew up in Genoa, so that setting of this beautiful Riviera would be such a fun setting and by virtue of that, it’s also a place that has these wonderful old legends, with maps and sea dragon stories, and fishing culture kind of lore. So, when I put together all those three things and we started talking about, “oh, maybe this is really a fun adventure with two friends at the core of it.” And that is how it all started.

DEADLINE: What personal experiences did you bring into this story? Any specifics?

CASAROSA: Well, certainly my best friend, his name really is Alberto, so that was the biggest thing there, with that relationship and having to find our way into our own lives. We ultimately had to also go our separate ways. That’s what’s interesting about friendship, is that it’s so important, but we also often have to leave them behind.

DEADLINE: Can you talk a little bit more about that theme of friendship between Luca and Alberto? Especially because it seems like they’re each other’s first real friend.

CASAROSA: I feel like it is important to portray a certain loneliness in these kids. I think around that age, when we haven’t met those important friends, we wanted these kids to be lonely and really find someone who sees them. I think what’s really interesting about friendship, right? It’s that one person that appreciates you and doesn’t have any issues with who you are. Like, I love one of our lines where they say, “was that too much?” I know that wasn’t too much, you know, like the sense that we might have a feeling of shame or embarrassment, but with friends that is not a problem. So, that felt like a really true part of friendship, the kind of person you can be yourself with, and you’re not going to be ashamed to be a little goofy.

And these two kids really see each other and start having really a good time and they make Luca grow up. This is a kid who also knows little about the world around him and that felt really interesting, to really talk about how you find your identity. Because it’s such an interesting moment where you’re really looking for who you are, right? Like you’re growing up so much and in so many ways, so the question became, “would we be who we are if we didn’t have these big experiences with these amazing friends?” You know, they must change us in so many ways. And then ultimately, in the ending of the movie, we went one step further and we realized that you so often have to leave them behind. You grow up together but you also have to go chase your own dreams. That felt sad, but the friendships are true. That was the other part that I felt was important in talking about friendship, not only how important they are and how they changed us, but isn’t it amazing that, sadly, we can’t bring them with us as we go out into the world.