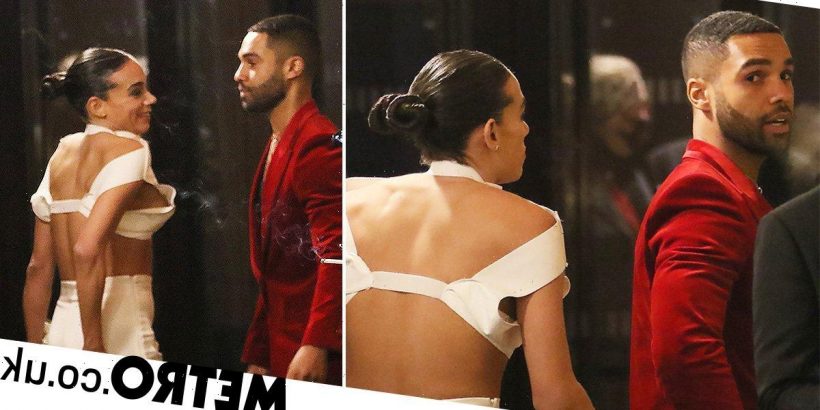 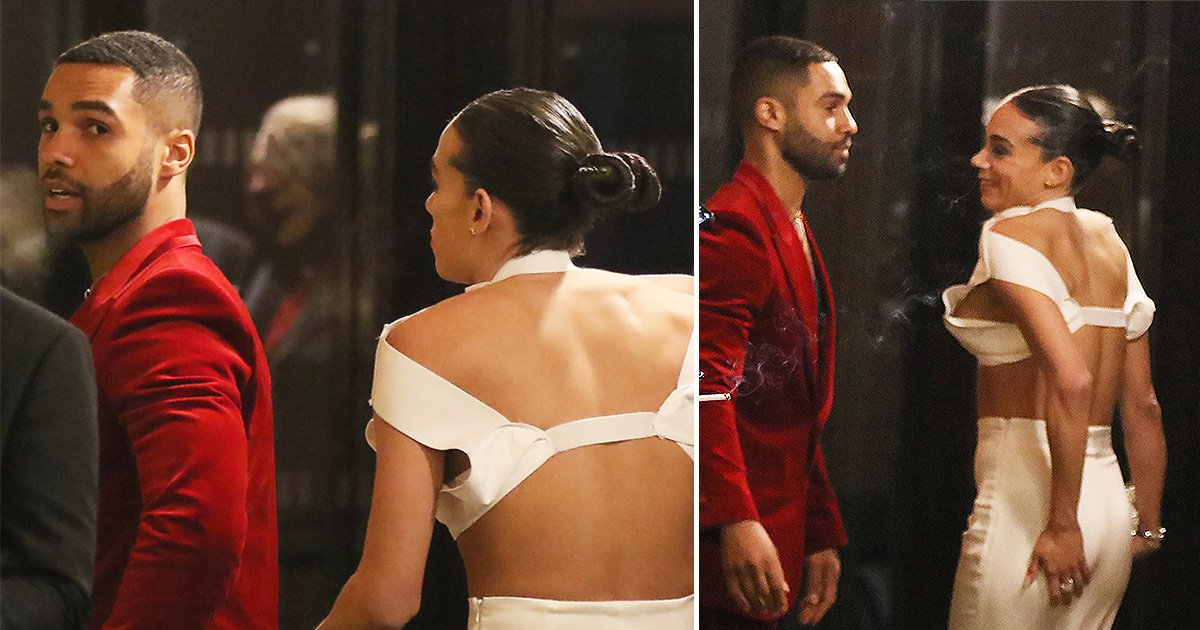 Lucien Laviscount has been spotted holding hands with Game Of Thrones star Hannah John-Kamen shortly after he was spotted hanging out with Jesy Nelson.

The Emily in Paris actor headed out of the Fashion Awards at the Royal Albert Hall with the actress, who played Ornela in the fantasy series.

Walking in front and donning a bold red suit, Lucien, 29, held a hand out behind him, with Hannah, 32, who looked stunning in a white top and trousers, placing a hand in his.

In other snaps, the pair chatted away.

The snaps come after Lucien, who dated Little Mix star Leigh-Anne Pinnock in 2012, was spotted getting close with Jesy Nelson during an outing this week.

The pair enjoyed a rickshaw ride together, reportedly kicking off their evening at Yatay, in Soho, before heading to nightclub Tabu, in Mayfair.

However, the Boyz singer, 30, was said to be ‘mortified’ about it.

‘Jesy and Lucien met up on a night out after two friendship groups came together and took a rickshaw to the club but left separately,’ a source told the MailOnline.

‘She was letting her hair down on a Saturday night and is embarrassed her flirtation with Lucien has come to light – but there is nothing more between them.

‘Her relationship with Harry may have ended but they remain good friends and continue to work together and he’s now with a new partner.

‘Jesy insists herself and Lucien didn’t kiss even though they looked close in the pictures.’

Lucien is best known for his roles in Emily in Paris and Waterloo Road.

Meanwhile, aside from Game Of Thrones, Hannah has starred in Ant-Man and the Wasp, Killjoys and, recently, the film SAS: Red Notice.

Metro.co.uk has contacted reps for Lucien Laviscount and Hannah John-Kamen for comment.